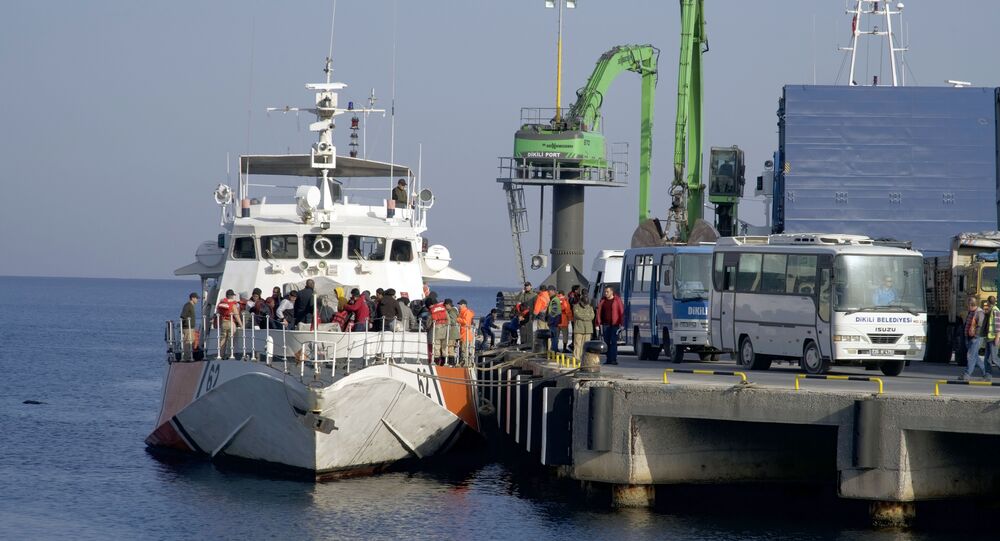 The move comes just days after Greece released from prison eight Turkish soldiers, who fled to the country after the 2016 failed coup attempt.

According to Turkish Foreign Minister Mevlut Cavusoglu cited by the Hurriyet media outlet, Ankara has suspended its migrant readmission deal with Greece after Greek authorities refused to extradite former Turkish soldiers who had partaken in the unsuccessful 2016 coup attempt.

The announcement comes after Greece released from prison eight former Turkish soldiers, who had fled to the country after the 2016 failed coup attempt in a move described by Cavusoglu as "unacceptable". Addressing local journalists in Antalya, Cavusoglu said the Greek government seeks to solve this issue but there is a lot of pressure from the West to not extradite the soldiers.

"There is a migrant deal with the EU. This is being implemented. There is also a bilateral readmission deal with Greece. Now we have suspended this readmission deal. We will continue our work towards Greece after the final court decision," The Hurriyet newspaper quoted Cavusoglu as saying.

#Turkey suspends readmission agreement made with #Greece over the latest political crisis between two countries.

It is not a bilateral btwn greece and turkey,it is betwn EU and turkey and if they suspend it they wont be getting a dime from the 3 billion euros Merkel promised to erdogan.

Turkey saw the deadliest coup attempt in its political history on July 15, 2016, when part of the Turkish military started an operation in several major cities to topple the government. Soldiers and tanks took to the streets and a number of explosions were heard in Ankara and Istanbul.

As news of the coup attempt started citculating in social media, thousands of citizens gathered in streets  around Anatolia to oppose the coup attempt, which was shortly thereafter defeated. The death toll amounted to 241 people; 2,194 were injured. The Turkish government blames the failed coup attempt on Fethullah Gulen, a Turkish preacher and businessman who has lived in self-imposed exile in the US since 1999. With the state of emergency extended for three months after the move, Turkish authorities detained an array of journalists, judges and human rights activists over their alleged support for the Gulen movement, referred to as the Fethullah Terrorist Organization (FETO.)