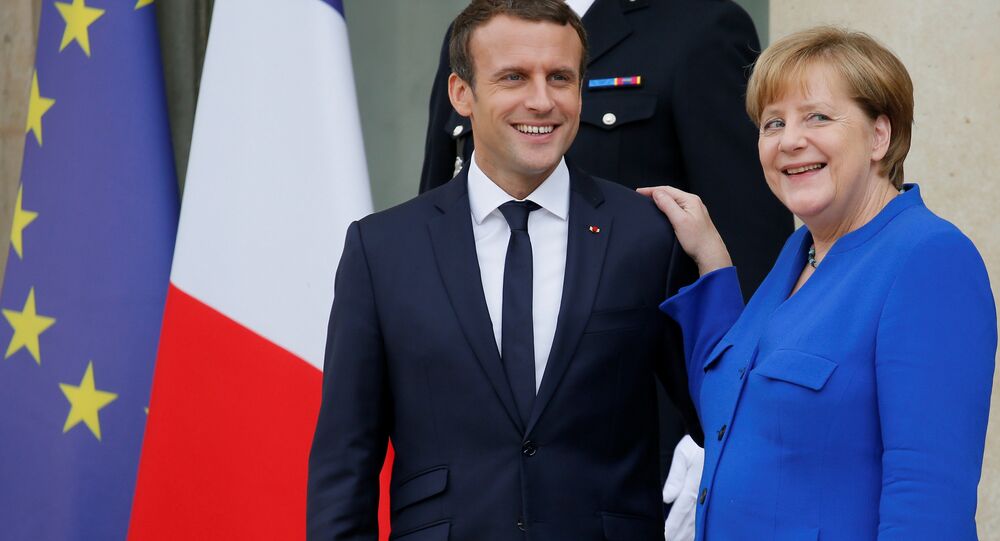 The politician's decision to give the project a green light is of crucial importance, since German opposition had for a long time been the main obstacle to its implementation.

German Chancellor Angela Merkel expressed on Sunday her support for the French president's plan to create a joint European military force that is supposed to intervene in hot spots around the world.

"I am in favor of President Macron's proposal for an intervention initiative," the politician told the newspaper Frankfurter Allgemeine Sonntagszeitung.

"However, such an intervention force with a common military-strategic culture must fit into the structure of defense cooperation," she added.

Merkel's decision is a breakthrough in the long-lasting talks, which had previously been hampered by her cautious approach to the idea.

The force is a crucial element of Emmanuel Macron's defense reform, which is aimed at fostering closer integration of European defense capacities.