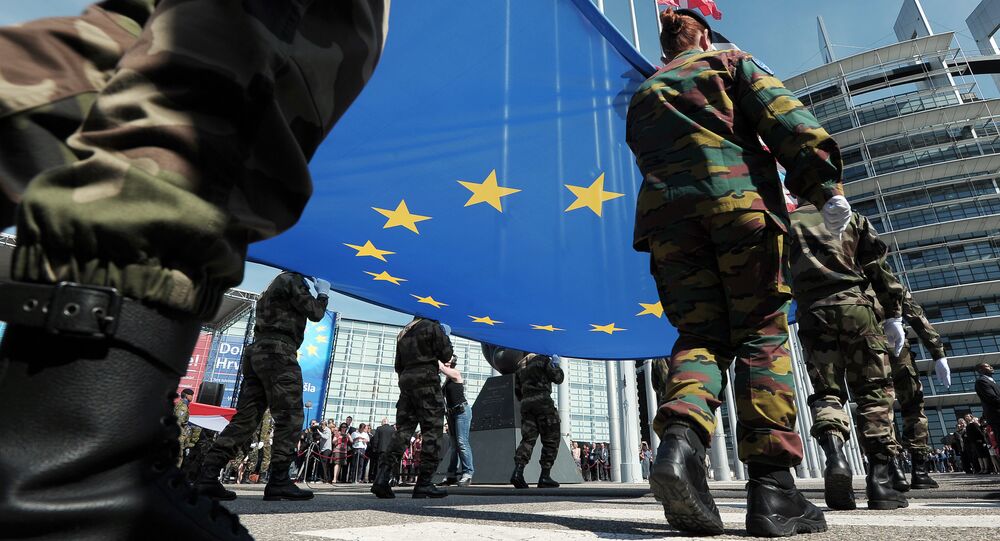 With Brexit looming ahead, London looks keen on maintaining close defense ties with the European Union.

Britain is foursquare behind French President Emmanuel Macron’s initiative to set up a European military intervention force that could be rapidly deployed in the event of a crisis, a UK minister said.

"We're very keen to support President Macron in this initiative," junior defense minister Frederick Curzon said in an interview with Agence Presse on Saturday, ahead of a meeting of EU defense ministers in Sofia, Bulgaria.

© REUTERS / Fred Tanneau/Pool
France to Raise Defense Budget by $1.9Bln
While some EU tactical interventional groups exist in principle, so far they have never been used.

Since the proposed force, known as the European Intervention Initiative, would stay separate from other EU defense cooperation programs, Britain, which has always resisted the idea of an “EU army,” will be able to take part even after it has left left the bloc.

Curzon said that the intervention initiative was fully in line with London’s desire to maintain strong security ties with Brussels.

"It certainly will help to achieve what we are looking for, which is a deep and special partnership with our European colleagues in defense and security," he emphasized.

Earlier this week, the European Union said it would spend nearly 20 billion euros on defense between 2021 and 2027, with the bulk of the money to be spent on research and development of new military technologies.

'UK, US and France See a New Cold War as Working to Their Benefit' - Author