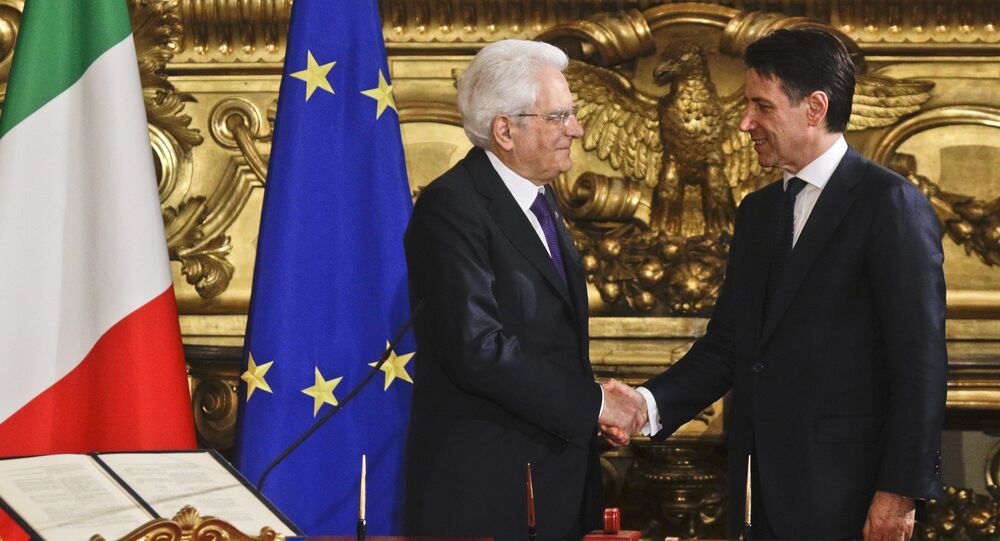 MOSCOW (Sputnik) - Giuseppe Conte was sworn in as the Italian Prime Minister on Friday, the Ansa news agency reported.

According to the news agency, Conte’s government will comprise 18 ministers.

Following the ceremony, Russian President Vladimir Putin congratulated Conte on assuming the post of the Chairman of the Council of Ministers of Italy and expressed hope that it will contribute to the development of constructive cooperation between the two countries, the Kremlin press service said.

"I hope that your activity as the head of the government will contribute to the development of constructive Russian-Italian cooperation in various fields, as well as effective interaction in resolving key regional and international problems. It, undoubtedly, meets the fundamental interests of the peoples of Russia and Italy," Putin said in a congratulatory telegram.

The new Italian government is based on the coalition agreement between the anti-establishment Five Star Movement (M5S) and the Euroskeptic Lega party.

The formation of the coalition government led by Conte paves the way for the end of the political turmoil in Italy, following the March 4 inconclusive parliamentary election.

On Monday, Italian President Sergio Mattarella appointed economist Carlo Cottarelli as an interim prime minister after rejecting the cabinet proposed by Prime Minister-Designate Giuseppe Conte backed by Lega and the M5S. The main obstacle was the president’s opposition to the candidacy of anti-Euro Paolo Savona to head the Economy Ministry due to fears over Italy's future in the eurozone.

© AP Photo / Antonio Calanni
'Victory Over EU Intimidation’: Marine Le Pen Hails Italy's New Cabinet
Most parliamentary parties, however, stated that they would not express confidence in Cottarelli's future government, which prompted the prime minister-designate to return his mandate to form a new government to the president.

Analyst: 'Italy Sees Collapse of Everything on Left Side of Political Spectrum'