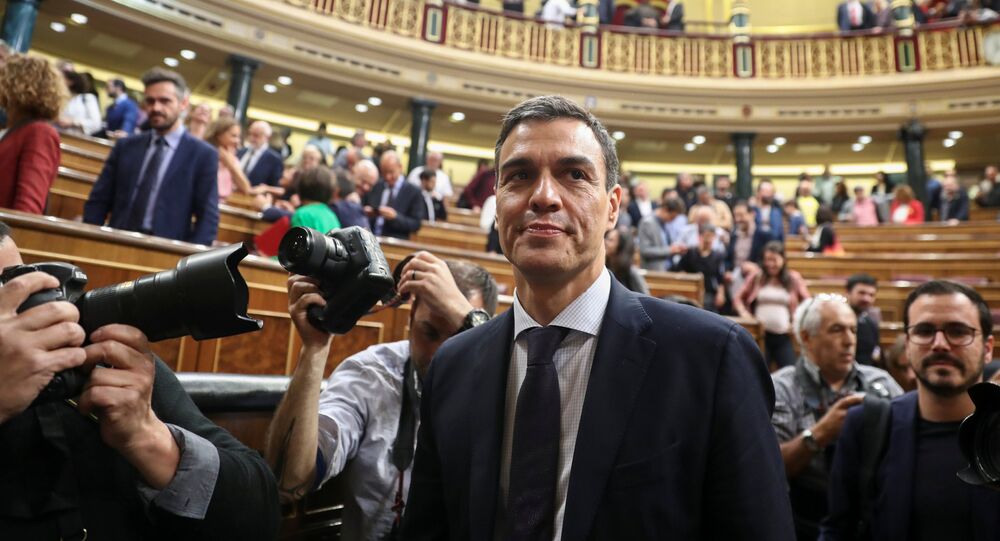 An absolute majority of 180 out of 350 lawmakers has voted to oust Rajoy, making it the first no-confidence motion in the country since 1977.

© REUTERS / Sergio Perez
'Circle of Corruption': Spain's PM Could Be Ousted in Less Than 48 Hours Via No-Confidence Vote
Spain’s prime minister, Mariano Rajoy, got into hot water after a motion was filed by the leader of the Spanish Socialist Workers' Party (PSOE), Pedro Sánchez. Previously, the Basque political party, as well as pro-independence Catalan parties, have supported the no-confidence vote brought over the corruption case.

The motion was initiated, following a recent court ruling, which found several officials of Spain's People's Party guilty of embezzlement, tax evasion and numerous other offenses. The party itself has been fined by Spain's High Court last week for its involvement in the "corruption scheme."