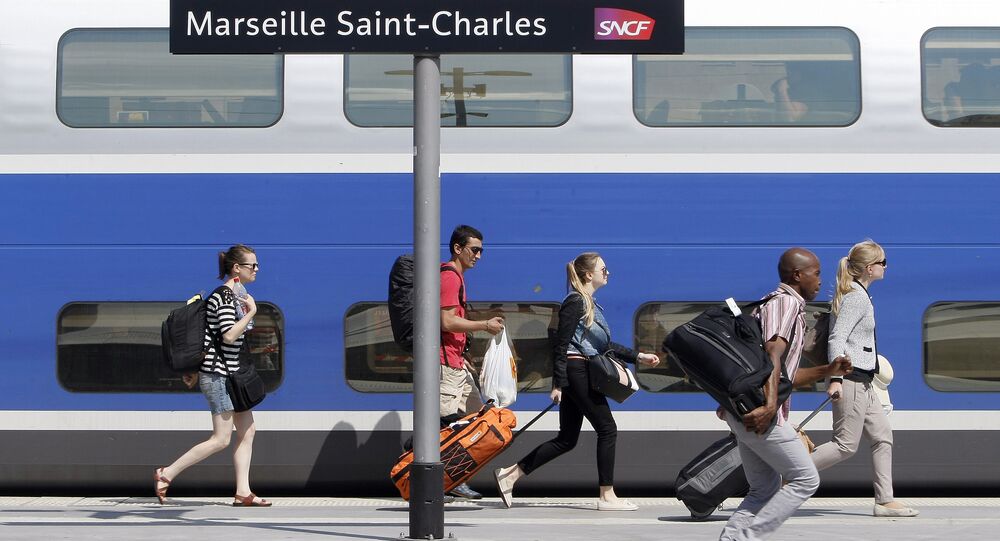 PARIS (Sputnik) - The Saint Charles train station — the main railway station of the French port city of Marseille — was evacuated after a suspicious man had been detained by law enforcement officers, the Provence media outlet reported on Saturday, citing sources.

A serviceman noticed a man with a bag, presumably containing wires and batteries. The suspect refused to provide identity documents, but insisted that he had no explosives in the bag, the Provence media outlet reported.

Currently, mine clearance specialists are examining the station. The railway traffic is temporarily suspended, according to the outlet.

© AFP 2020 / Geoffroy VAN DER HASSELT
France Has Become Jihadist Hotspot in Europe - Crime Expert on Paris Attack
The message about the incident follows an attack in Paris last week, when a knife-wielding man stabbed people in central Paris, leaving one dead and four injured. The perpetrator of the attack was killed by police at the scene of the incident.

Over the past three years, according to reports, a series of terrorist attacks have left over 245 people dead in France.

Paris Attacker of Chechen Origin, Was Known as Threat to French Intel - Reports