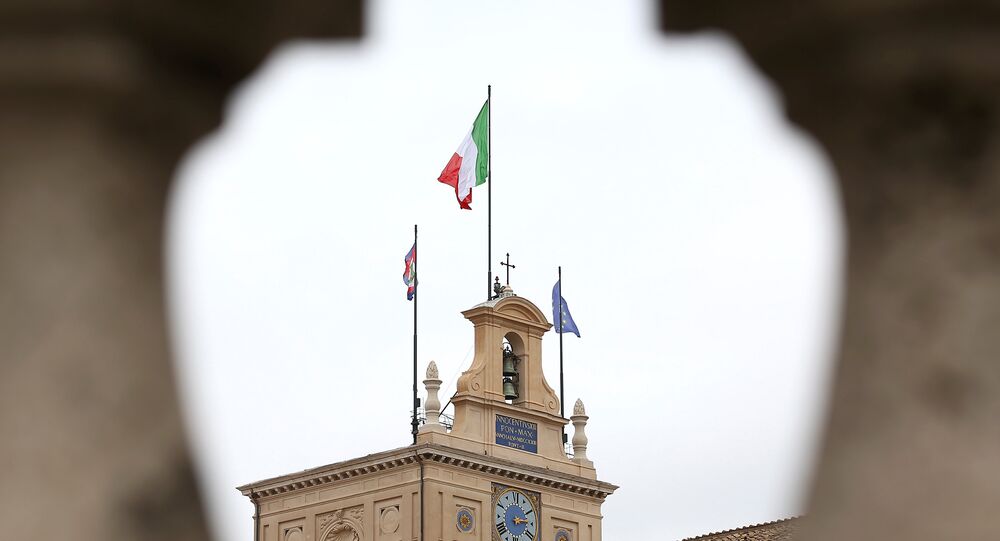 ROME (Sputnik) - Italian President Sergio Mattarella, in the absence of agreements on a parliamentary majority, urged the leading political parties on Monday to support a "neutral government" with powers until December to ensure the smooth preparation for new general elections in 2019.

"The government of Paolo Gentiloni has fulfilled its functions, its work can not be prolonged due to the absence of a parliamentary majority," he said following the third round of consultations on the formation of the government, which ended on Monday evening.

Mattarella proposed to the political forces in the country either to support the government that will perform its duties until they come to an agreement or to decide on new elections [to be held in July or the autumn] "with all their possible risks."

Meanwhile, leader of the Italian Lega party Matteo Salvini said that new elections might take place on July 8 if the negotiations on the formation of a new Italian government fail.

"As I promised, I will work on giving the country a [new] government… If it does not happen, the closest date for a new vote will be July 8. Di Maio has also agreed on the date," Salvini said after his meeting with Di Maio.

Earlier in the day, Italian President Sergio Mattarella launched the third round of consultations on the formation of a new government with anti-establishment Five Star Movement (M5S) leader and candidate for prime minister Luigi Di Maio, and leaders of three parties comprising the center-right coalition.

© AP Photo / Riccardo De Luca
Lega Politician: Italy's Gov't to Focus on Ousting Islamists, Curbing Terrorism
The third round of consultations is expected to end later in the day. According to media reports, Mattarella inclines to schedule a snap election for July, if efforts to build a coalition government fail.