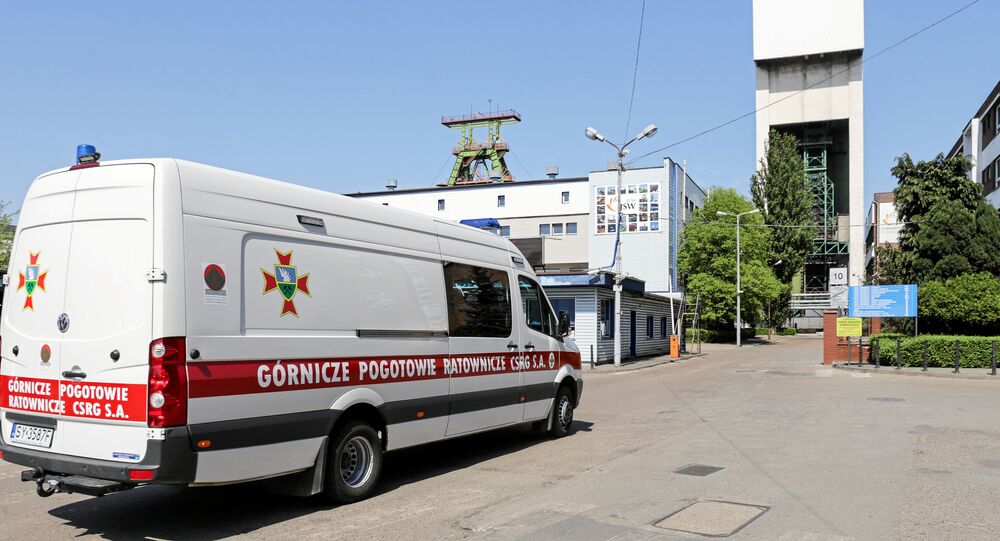 A 3.42 magnitude earthquake that struck the Borynia-Zofiowka-Jastrzebie coal mine in Poland killed at least one miner; four others are currently missing, the chief executive of mine owner JSW, Daniel Ozon, as quoted by Reuters.

A total of 250 miners were underground, with 11 people working in the quake zone. Immediately after the quake, rescue services launched an operation; however, they've only managed to evacuate two miners from the epicenter on Saturday.

As Reuters reported, the rescuers have found another trapped miner, but his evacuation will take several hours.

Eight rescue teams are reportedly working on site, but haven't been able to get any nearer to the epicenter of the quake because of high levels of methane. According to them, it is very important that the trapped miners have enough air to breath.

This week a number of powerful earthquakes shook the world, injuring 130 people in Iran and prompting a mass evacuation in Hawaii.