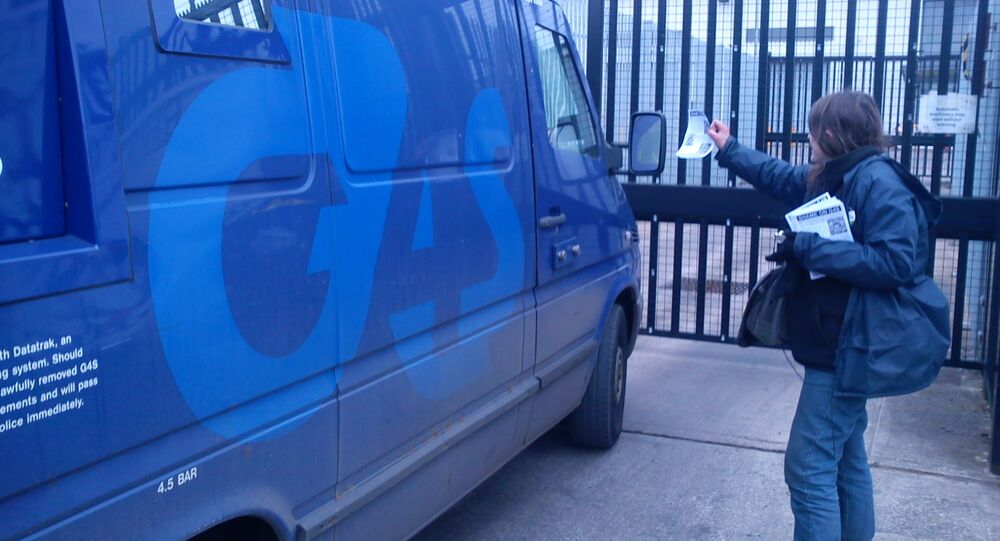 The Home Office has been under scrutiny over the UK government’s immigration policy, specifically, its treatment of the Windrush generation and its setting of deportation targets for the removal of illegal immigrants. In light of the controversy, British Home Secretary Amber Rudd resigned on April 29, paving the way for Sajid Javid to replace her.

In yet another potential blow to the Home Office’s reputation, a report released on Wednesday warned of a surge in the use of force against detainees at one of Britain’s largest immigrant detention facilities, according to the Independent.

The Independent Monitoring Board (IMB) watchdog reported that the number of “control and restraint” incidents at the Brook House immigrant removal center – which is run by international security firm G4S on behalf of the Home Office – more than doubled in the space of a year.

© AFP 2020 / PETER MACDIARMID
UK Authority Orders Publication of Probes Into Migrant Detention Centers
334 such incidents were documented in 2017, in comparison to 161 throughout 2016. The report specified 45 percent of the occurrences in 2017 were carried out to maintain order and discipline, while less than 20 percent were in self-defense.

21 percent of the incidents occurred as part of the process of removing immigrants from the UK.

“The act of being detained, separation from friends and family, loss of control over one’s future, poor communication or delays in Home Office decisions can exacerbate the situation. Self-harming and the threat of self-harm are frequent,” the report reads.

© AFP 2020 / PHILIPPE HUGUEN
UN Backs Proposal to Limit Immigration Detention in UK
The surge in the use of force against detainees has been described by campaigners as “endemic.” The report noted that 2017 was a “tough year” for the Brook House facility and warned of a “spike” in violence against detainees.

Director of the Detention Action charity Jerome Phelps commented on the report’s findings, and urged the newly-appointed home secretary to take action.

“It demonstrates once again what the mass indefinite detention of migrants means in practice: the proliferating use of force on distressed people, many with serious mental and physical health problems,” Mr. Phelps told the Independent newspaper.

“The new home secretary should take his appointment as an opportunity to rectify the callous approach to immigration that has led the UK to have the largest detention estate in western Europe. He should end the detention of vulnerable people immediately and introduce a 28-day time limit for all cases.”

This particular detention and holding facility was mired in controversy last September after footage purporting to show G4S guards choking and mocking inmates was obtained by investigative journalists from BBC Panorama.