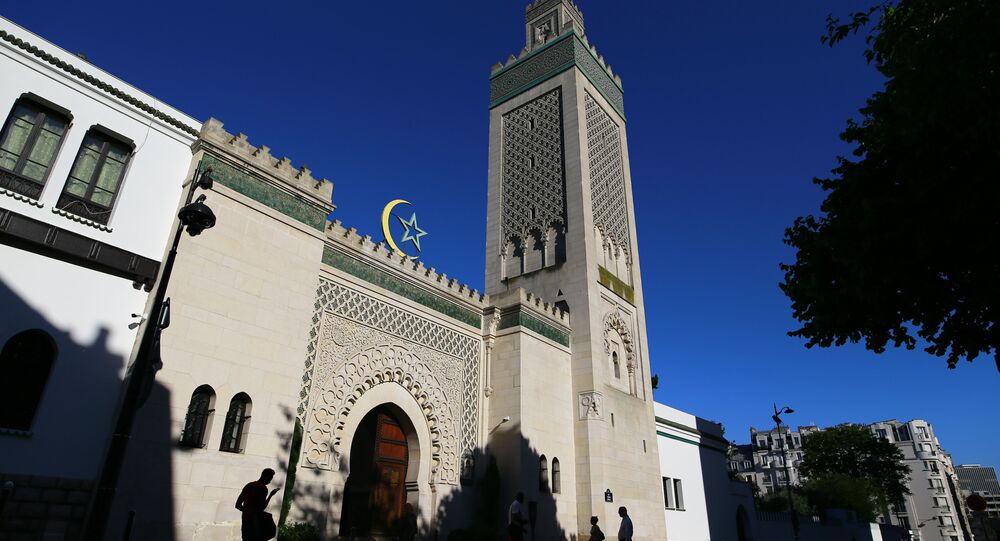 PARIS (Sputnik) - French President Emmanuel Macron said Thursday that the government would take all necessary measures to fight radical Islamism, of which include imposing control over the foreign financing of mosques.

"I met the Saudi Crown Prince [Mohammed bin Salman], and we addressed this issue. I want it so that foreign financing [of mosques] is organized under the control of the state and is transparent. I don’t want any mosques to open with backdoor financing," Macron told TF1 broadcaster.

The French president vowed to take all the necessary steps to fight Islamic fundamentalism.

"We will take all the necessary measures to fight radical Islamism … Firstly, we gave ourselves the means to close the [salafist] mosques, and we will continue doing this. Secondly, we will pursue the deportation [policy]. Thirdly, we have to clarify the rules for [mosque] financing and operation," Macron said.

On Tuesday, Macron held talks with Saudi Crown Prince Mohammed bin Salman during the latter’s visit to France. The two leaders discussed the ongoing crises in the Middle East and fight against terrorism.

© REUTERS / Benoit Tessier
France Subjected to Massive Islamization by Muslim Brotherhood – Activist
In October, Macron signed new counterterrorism legislation to replace the already two-year state of emergency that was initially introduced in the aftermath of the 2015 terror attacks in Paris.

In February, French Interior Minister Gerard Collomb said that three mosques were closed in the French cities of Aix-en-Provence, Sartrouville and Marseille due to their "apologetic attitude toward terrorism."

Russia Maintains Contacts With France, US Despite Syria Tensions - Embassy