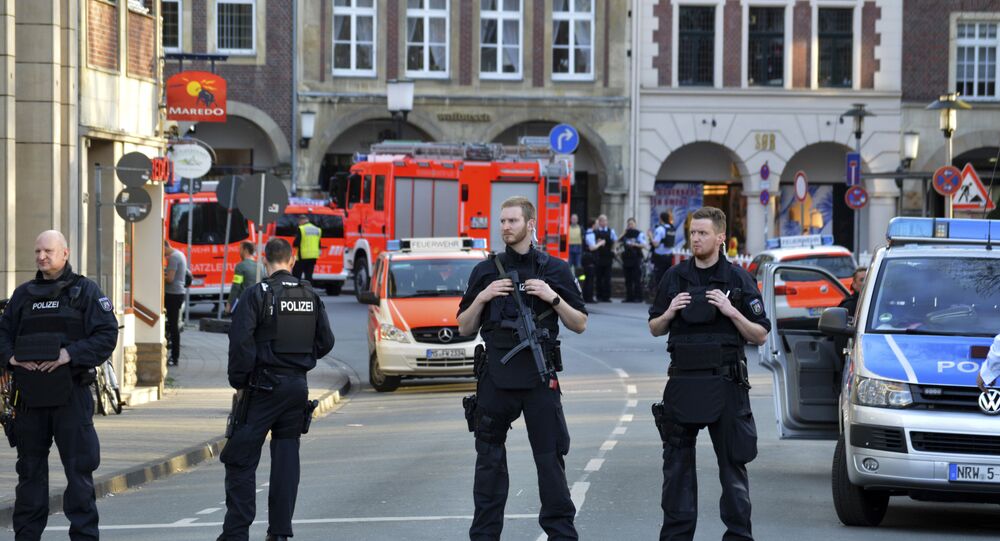 Local media reported earlier that the major suspect was closely associated with Tunisian man Anis Amri, who rammed a vehicle into people at a Berlin Christmas market in December 2016, killing 12 people and injuring dozens of others.

Some six people were arrested in Berlin on Sunday over an alleged plot to conduct a "violent crime" during the half marathon that was held in the city on the same day. Law enforcement agencies specified they had "isolated indications" that those arrested — all between 18 and 21 years old — could be engaged in the plot.

TWEET: ​Today, our state security team and @GStABerlin conducted searches of the city area. There were 6 arrests. Further information will follow.

A police spokesman said that "data storage devices, mobile phones, two vehicles and a small knife" had been seized during the operation.

"Due to the still ongoing investigation, no further information can be provided at this time," the security authorities told reporters.

Die Welt had reported earlier that four people were arrested, with the prime suspect planning knife attacks against passers-by at the half-marathon. The police have seized two knives from the suspect, which he planned to use in the attack. According to the report, the key suspect "belonged to the inner circle" of Anis Amri, a failed asylum seeker who directed his car into the crowd at Christmas market in Berlin in 2016, leaving 12 dead and dozens injured.

This comes a day after a deadly ramming attack in the western German city of Muenster, where a driver crashed a van into people at an outdoor cafe. As a result of the attack, two people were killed and 20 others wounded. The perpetrator shot himself. Authorities said that the attack was not terror-related, adding that the attacker acted alone.