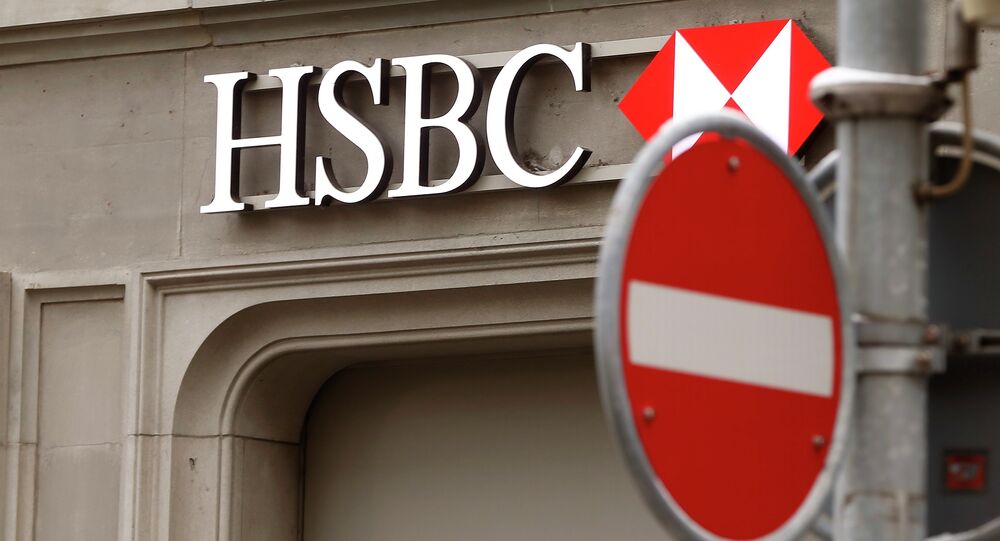 Herve Falcani, an IT expert at HSBC's Swiss bank, got access to customer files in late 2007 and leaked secret bank account documents, which revealed that HSBC's Swiss banking subsidiary helped its clients to dodge millions in taxes, conceal assets and obtain untraceable cash.

Herve Falcani, a former employee of the Geneva branch of the HSBC bank, who was convicted of espionage after leaking bank clients' data, was arrested by the Spanish police in Madrid, the Spanish Ministry of Internal Affairs reported. An international arrest warrant was issued for him in Switzerland.

Falcani was detained on April 4, when he was going to take part in one of the events at Spain's University of Comillas.

© REUTERS / Paul Hackett
HSBC Plans to Let Customers Use Selfie IDs, But Experts Say Data Can Be Hacked
In 2015, the Federal Court of Switzerland sentenced Falcani in absentia for five years in prison. The court found the former employee guilty on charges of economic espionage. Between 2006 and 2008, Falcani gathered information on 24,000 people who had accounts in Swiss HSBC subsidiaries. Data gathered by Falciani reportedly contained mainly account details of individuals using Swiss banks to avoid taxes.

In 2009 Falcani arrived in France and leaked the data to the French authorities, who then passed it to the United States, as well as Spain, Italy, Greece and other EU countries, which led to a number of lawsuits.

Falcani was arrested in Barcelona in July 2012 after arriving in Spain from France and then released awaiting for the decision on his extradition. In May 2013, the Supreme Court of Spain rejected the request to extradite Falcani.