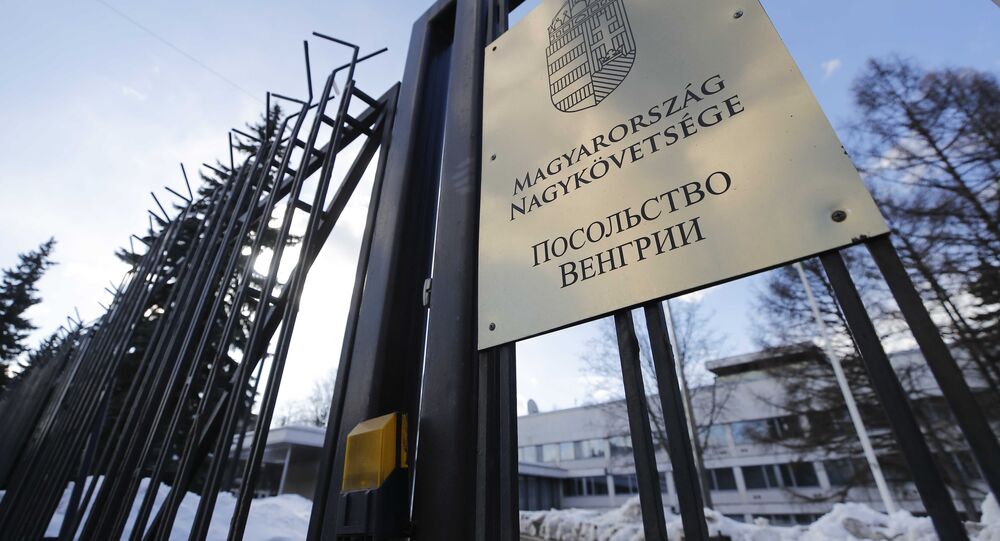 Hungary is among the countries that have decided to join the UK in expelling Russian diplomats, hence why Moscow reserved the right to respond to Hungary's actions over the Skripal poisoning.

Russia has declared one Hungarian diplomat a persona non grata in response to the country's hostile move toward Moscow in connection with the poisoning of ex-Russian intelligence officer Sergei Skripal and his daughter on British soil.

After the Russian Foreign Ministry summoned the Hungarian ambassador, Janos Balla, it said in a statement that "a note of protest was handed to him [the ambassador] and he was informed that in response to Hungary's unfriendly and unreasonable order to expel a Russian diplomat on the basis of the UK's unproven accusations against Russia over the so-called Skripal case, the Russian side declares the employee of the Hungarian embassy a persona non grata."

On March 30, Russia announced the expulsion of Western diplomats in a tit-for-tat response after the UK and a number of European countries, as well as the US, Canada and Australia expelled Russian diplomatic staff. However, the actions of four countries, including Montenegro, Belgium, Hungary and Georgia, were left unanswered by Moscow, as they eventually announced anti-Russian punitive measures. Subsequently, one employee of Montenegro's embassy in Russia was expelled by Moscow, whereas Belgium and Georgia are still waiting for the Russian Ministry's decision.

© REUTERS / Henry Nicholls
Top German CDU Politician Lambasts Britain for Lack of Evidence in Skripal Case
London expelled 23 Russian diplomats alongside other anti-Russian measures citing Moscow's alleged involvement in the Skripal poisoning, prompting Moscow to take retaliatory steps and remove British diplomats. A number of European countries, as well as the US, Canada and Australia, expressed their solidarity with the UK and followed London's lead to expel Russian diplomatic staff.

On March 4, Sergei Skripal, an ex-Russian intelligence officer convicted in Russia for espionage in favor of the UK, and his daughter Julia were exposed to what London says was nerve agent A-234. The UK, without any sound proof, accused Moscow of being behind the incident, although the investigation into the poisoning has just started and will take months. The Russian side has categorically rejected all the speculations.