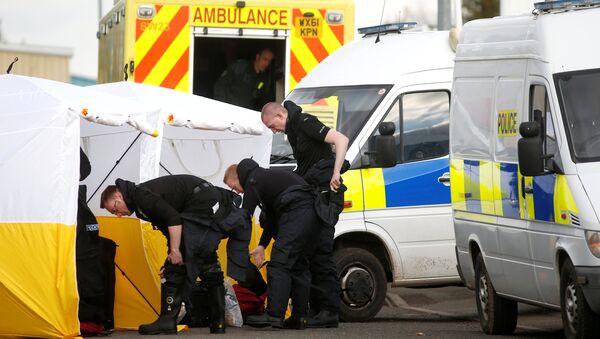 Armin Laschet, head of the most populated German state, North Rhine-Westphalia, has criticized the actions of the UK and its foreign supporters in the Skripal poisoning case, reproaching the expulsion of diplomats without sound evidence.

The deputy chair of Angela Merkel’s Christian Democratic Union (CDU) and the Minister President of the most populous state of Germany, Armin Laschet, lashed out at the UK, commenting on the latest turn in the Skripal poisoning case.

After a British laboratory stated it could not prove that the nerve agent used against Sergei Skripal and his daughter had been produced in Russia, the German politician reproached London for calls to expel Russian diplomats without solid evidence. At the UK's behest, Germany had sent away four Russian diplomats.

“If you force almost all NATO-countries to demonstrate solidarity, shouldn’t you have sound evidence? You can treat Russia as you like, but I have learned a different way of dealing with states, studying international law,” he posted on Twitter.

​On March 4, Skripal and his daughter Yulia were found unconscious on a bench at a shopping center in Salisbury, UK and are currently being treated for exposure to what British experts believe to be the A-234 nerve agent. The UK has claimed that the substance was developed in the Soviet Union and has accused Russia of orchestrating the attack.

Russia has strongly rejected the accusations and offered assistance in the investigation. However, Moscow's request for samples of the chemical substance used to poison Skripal was denied.

The UK expelled 23 Russian diplomats and called on other countries to undertake the same measure. More than 25 countries, including most EU members, several other European states, as well as the US, Canada and Australia have followed the example.

Russia has responded with the same measures, expelling the diplomats of the involved states. Earlier, the chief of the Defense Science and Technology Laboratory (DSTL) at Porton Down, Gary Aitkenhead,  told SkyNews that the lab had identified the nerve agent used against Skripal as Novichok, but could not prove it was made in Russia or determine its country of origin.

The Russian Embassy than stated that the latest turn proves that London’s earlier claims regarding Russia’s alleged involvement in Skripal’s poisoning were a “bluff.” Moreover, the Embassy also noted that Aitkenhead did not deny that the Porton Down lab could in fact possess the poisonous agent known as Novichok.