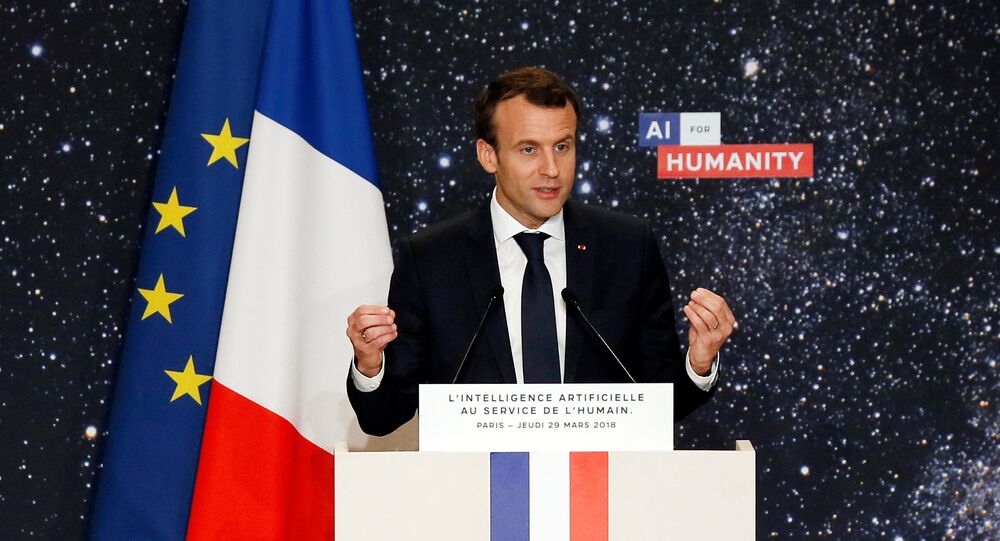 In an interview with the magazine Wired, French President Emmanuel Macron has outlined France’s AI strategy, having also addressed privacy issues and the problems associated with Internet giants such as Facebook and Google.

According to Macron, Facebook and Google are welcome in France, they create jobs and are “part of our ecosystem,” but at some point, those companies became “too big.”

“Not just too big to fail, but too big to be governed. Which is brand new.  So at this point, you may choose to dismantle. That’s what happened at the very beginning of the oil sector when you had these big giants. That’s a competition issue,” he said.

The French president proceeded to say that one day those companies could be forced to pay for the disruption of traditional economic sectors.

“Today the GAFA [an acronym for Google, Apple, Facebook, and Amazon] don’t pay all the taxes they should in Europe. So they don’t contribute to dealing with negative externalities they create. And they ask the sectors they disrupt to pay, because these guys, the old sectors pay VAT, corporate taxes and so on. That’s not sustainable,” Macron warned.

Addressing the matter of artificial intelligence (AI), Macron touched upon the problems of huge companies, which could become a challenge to democracy and “open a Pandora’s box of privacy issues.” The French president hinted at the latest scandal, involving Cambridge Analytica, which gathered Facebook users’ private data to analyze voter behavior.

“But the day you start dealing with privacy issues, the day you open this data and unveil personal information, you open a Pandora’s box, with potential use cases that will not be increasing the common good and improving the way to treat you,” he said, outlining his plans to “recreate” European sovereignty in AI.

In the meantime, he told Wired that he was willing to protect people’s privacy, and while he wanted GAFA to be “part of his ecosystem,” he noted that the big players were not abiding by the same rules as other actors in the digital and traditional economy.

“I want to protect privacy in this way or in that way. You don’t have the same rule in the US. And speaking about US players, how can I guarantee French people that US players will respect our regulation? So at a point of time, they will have to create actual legal bodies and incorporate it in Europe, being submitted to these rules.”

I want France to be a leader in AI. We have what we need, we are going to make it possible. #AIforhumanity