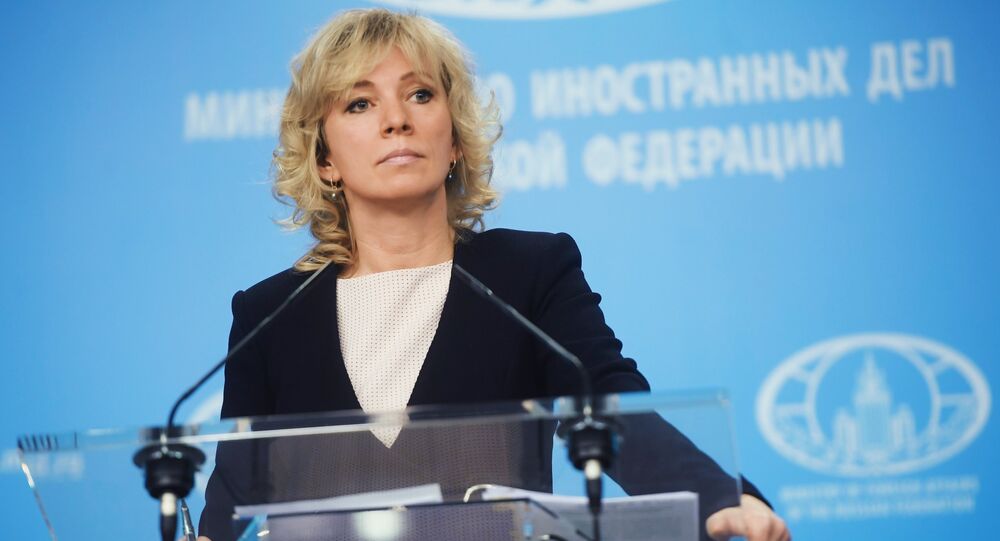 Russian Foreign Ministry spokeswoman Maria Zakharova said Saturday that the UK had been notified it should send home "just over 50" of the country's diplomats.

"We've asked for parity. The Brits have 50 diplomats more than the Russians," said Zakharova.

Over the past few days, more than 25 countries, including numerous EU member states, the United States, Canada, Albania, Norway and Ukraine, have announced their decision to collectively expel over 150 Russian diplomats as a sign of solidarity with London on the Skripal case.

Russia has already adopted a reciprocal response by ordering the equivalent number of diplomats out with regard to each of the countries.

On March 30, British Ambassador to Russia Laurie Bristow was summoned and told that London had a month to cut its diplomatic mission to the same size as the Russian mission in the UK.

© AP Photo / Andrew Harnik
President Trump Undecided on Tougher Stance on Russia - Reports
Skripal, a former Russian GRU colonel who also worked for UK intelligence, and his daughter Yulia have been in the hospital since March 4 due to exposure to what UK experts say is the A-234 nerve agent. UK Prime Minister Theresa May has accused Russia of orchestrating the attack and expelled 23 Russian diplomats.