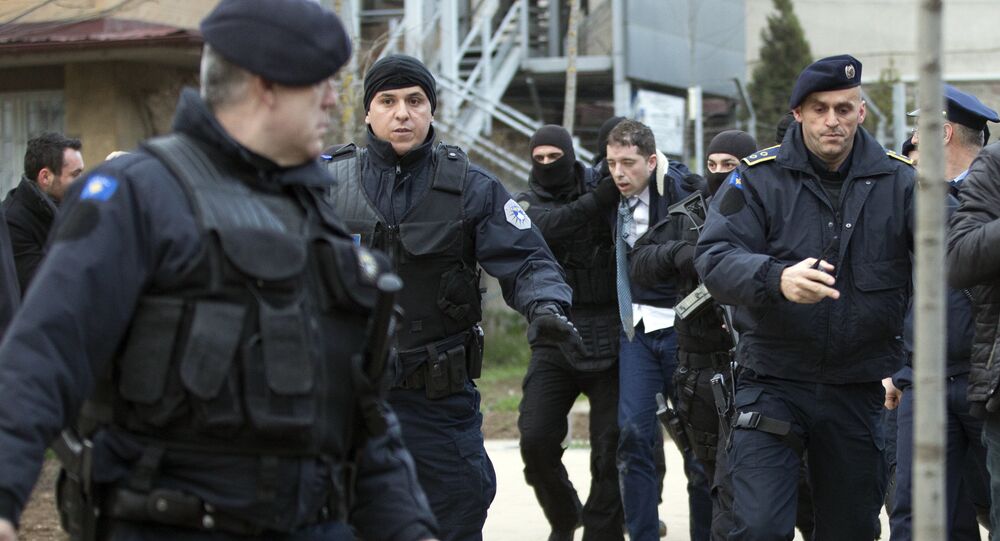 The violent detention of Serbian Office for Kosovo Director Marko Duric during his trip to the self-declared republic is almost undoubtedly aimed at both Belgrade and Moscow, Milorad Dodik, president of the Republika Srpska in Bosnia, has said.

Speaking to Sputnik Serbia, Dodik stressed that "what we saw…in Mitrovica was certainly an attempt to humiliate both Serbia and the Serbian people." It was "an attempt by sponsors who have long been known – i.e. those for whom statues have been built," Dodik said, referring to the statue of former US president Bill Clinton in Pristina and by association, the US.

Saying that the "arrogance" shown by Kosovar security forces was "unbearable," the politician suggested that Belgrade will now have a hard time figuring out how to work with Pristina. Dodik noted that the ethnic Serb coalition's exit from the government was a good start. At the same time, he urged Serbs in northern Kosovo to remain calm, but to continue to show their peaceful opposition to such violence.

"Serbia has enough mechanism to respond adequately. I am confident that this will happen," he said.

© AFP 2020 / THIERRY CHARLIER
EU Foreign Policy Chief Urges Serbia, Kosovo to Avoid Escalation
At the same time, Dodik said that he had no doubts that that the violence against the Serbian representatives was connected to the recent expulsion of Russian diplomats from the US and European countries.

"I've been in politics for many years, and know that they always synchronize things like this. So it's absolutely logical to conclude that there is a connection to the two events. Marko Duric was released immediately after being taken to Pristina. This means that someone gave such an order over the phone and that what Pristina had already done was enough. All this suggests that all this was just a cover for some other goal," the politician argued.

As for why exactly Duric was taken from Mitrovica in northern Kosovo to Pristina, Dodik said the issue should be taken up with Brussels, "or the country's patrons, that is, mainly, the United States."

Duric's delegation had arrived in the region to hold talks on the Kosovo issue. Instead, he was met by heavily armed members of Kosovo's security forces, who arrested him, and fired stun grenades to disperse a crowd of Kosovar Serbs trying to protect him. The incident led to 32 injuries. Kosovo government Minister of Agriculture Nenad Rikalo was hospitalized. Another official was hospitalized with broken ribs and a spinal injury. Duric himself was also injured, receiving medical attention back in central Serbia.

Duric told reporters that the Kosovo security forces dragged him "like a dog," beat him, poked him in the stomach with a gun, and took selfies with him, all while shouting "Allahu Akbar."

Calling an emergency meeting of Serbia's Security Council, President Vucic accused EULEX, the European Union's Rule of Law Mission in Kosovo, of providing direct assistance to the Kosovar Albanian security forces in carrying out the provocation, pointing to the fact that EULEX vehicles accompanied the Kosovar Albanians' police vehicles. Later, Serbian media reported that Duric's detention was carried out by Lieut. Col Mentor Shabani, who had received training from members of the Iowa National Guard.