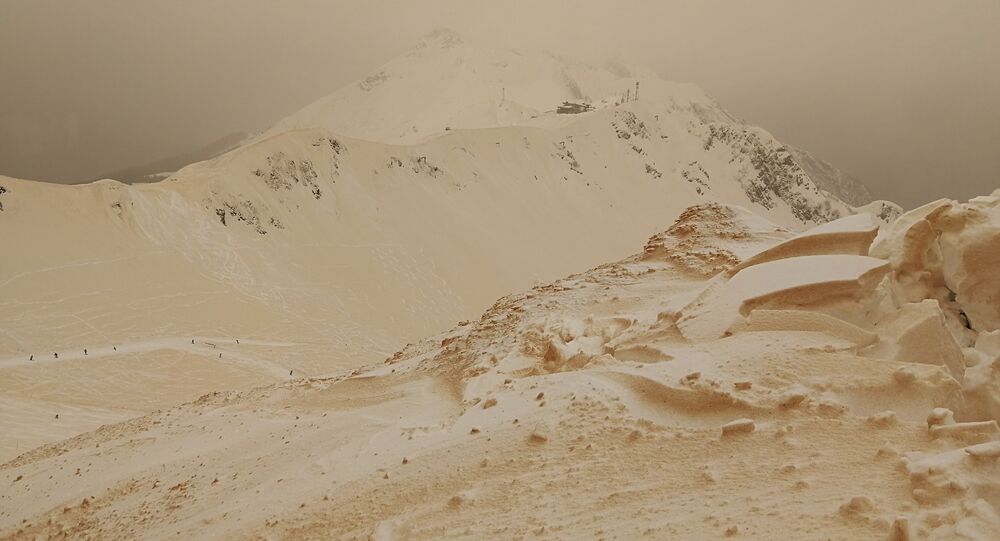 That’s not an Instagram filter! Dust from the North African Sahara has recently turned snow orange in Eastern Europe, baffling locals who have posted pictures of the spooky orange-tinted sand blanketing countries including Russia, Bulgaria, Ukraine, Romania and Moldova on social media.

According to experts, this phenomenon is actually not that rare, happening every five years or so.

Meteorologist Steven Keates from the British national weather service explains that the color change was caused by sand and dust blown up into the clouds from dry and desertous North Africa.

"There has been a lot of lifted sand or dust originating from North Africa and the Sahara, from sandstorms which have formed in the desert," Keates told the Independent.

"As the sand gets lifted to the upper levels of the atmosphere, it gets distributed elsewhere," he said.

"Looking at satellite imagery from NASA, it shows a lot of sand and dust in the atmosphere drifting across the Mediterranean. When it rains or snows, it drags down whatever is up there, if there is sand in the atmosphere [then it falls, too]," Keates added.

Other parts of the world are no strangers to colored snow (no, not like that) and other dust-influenced weather.

In January, residents of a town in central Kazakhstan claimed that pollution from the local iron and steel industry covered the snow in black ash.

In 2009, a dust storm covered the whole city of Sydney, Australia, in a red fog after strong winds from parts of inland New South Wales and South Australia blew in huge amounts of dust.