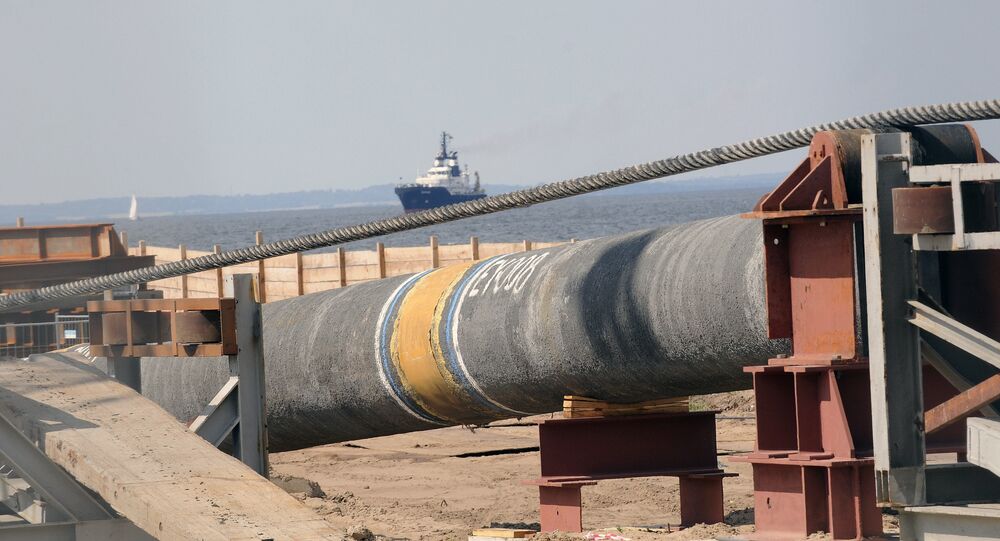 "We are waiting for the decision of the EU Commission regarding this issue and if the decision is positive and the sanctions are not imposed, Intesa Sanpaolo is ready to participate in the project," Fallico said.

Commenting on when Brussels will be ready to announce its decision Fallico noted that "at least after the presidential election in Russia it will become clear."

"I hope that German and French leaders have already realized that such restrictions are targeted not only against Russia, but Europe as well. If in line with the US sanctions the Nord Stream is blocked, EU economy will suffer great losses," the chairman warned.

© Sputnik / Sergey Guneev
Putin Believes Nord Stream 2 Project to Be Implemented, Despite EU Opposition
Earlier in the day report in the German magazine Der Spiegel appeared, claiming that German consumers may incur additional losses due to the construction of the Nord Stream 2 gas pipeline and recalling that some Eastern European countries oppose the implementation of the project which however is supported by the German government.

The Nord Stream 2 project aims to deliver 55 billion cubic meters of Russian natural gas a year to the European Union across the Baltic Sea to Germany, bypassing Ukraine. In August, US President Donald Trump signed the bill allowing Washington to target European companies participating in Russian projects, such as Nord Stream 2.

Why Poland's Baltic Pipe is No Alternative to Nord Stream 2