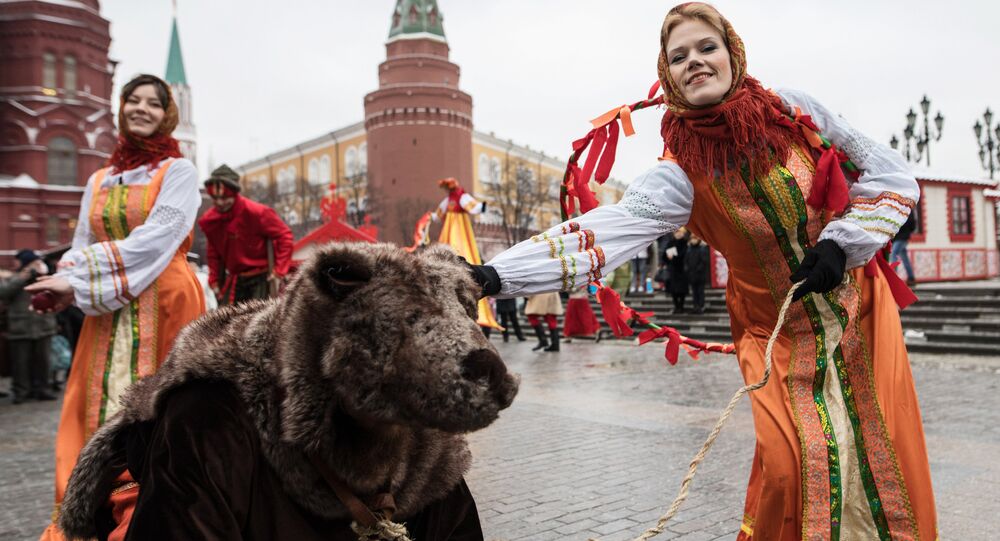 What Do the French Think of Russia? 'Power, Weapons, Money' (VIDEO)

The poll, conducted at Sputnik’s request by the French Institute of Public Opinion (Ifop), shows that a major portion of people in the UK, France and Germany don’t see Russia as a part of Europe.

In a video published on Sputnik’s YouTube channel, some of the French respondents explain their view.

“No, it’s in Asia. It is a communist country, so they are not as open as we are […] They may have agreements with Europe. But they do not belong in Europe, they have nothing to do with it. I know that they have captured territories somewhere in Europe – I think it is Ukraine or Belarus,” one of the respondents said.

Others recalled many clichés about Russia, such as winter, wealth and homophobia, with particular emphasis on its significant wealth:

“Russia is winter, snow. It has great wealth. They do not respect the rights of homosexuals. They usually have a racist attitude towards black people. They are very conservative, unfortunately, because Russia seems to me a country that, with its powerful economy, could become part of the European Union.”

Those who agreed with the statement that Russia belongs to Europe, noted its historical ties with European nations:

Several of those polled noted that although geographically Russia may belong to Europe, politically it probably doesn’t:

“Geographically — yes. As for politics — I do not know, I'm not sure. I think that in terms of values, human rights and democracy, I have a more skeptical attitude,” said one respondent, while another added: “Geographically, yes, but not politically. First, part of Russia is in Europe, some in Asia. We have different worldviews and, maybe, different values. I think this is a very authoritarian country where people have little freedom.”

The recent poll, conducted at Sputnik’s behest by Ifop, has showed that citizens of major European countries mostly do not think Russia belongs to Europe. Only respondents in Poland have significantly agreed with the idea (77%), while Germans remained on the fence, with 49% answering positively and 46% negatively.

Belgium Signals EU's Reluctance to Comply With US Sanctions Against Russia

EU Envoy to Russia: European Approach to JCPOA Close to Positions of Moscow