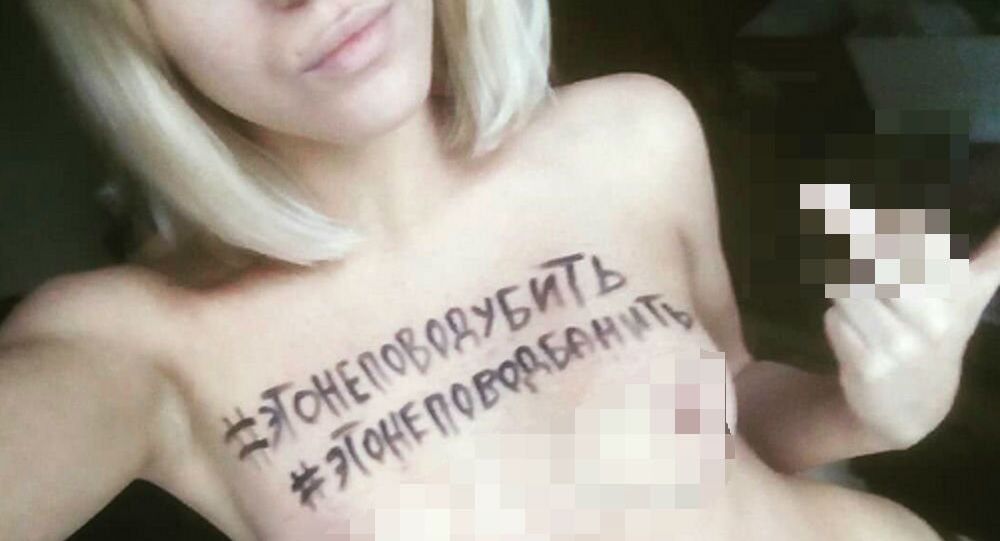 Ukrainian President Petro Poroshenko was scheduled to be interrogated in the Obolonsky District Court of Kiev under the case against the former head of the Ukrainian state Viktor Yanukovych, accused of high treason, Ukranian Internet media portal Country.ua says. The event has attracted huge public attention.

Security measures at the courthouse were enhanced, due to the presence of the president.

"A Femen activist was discovered, who was then taken to the police department," media reports. According to the media outlet, all women are checked before going to the hall, where the hearings on this case will take place."

Femen activists are known for their scandalous actions. Earlier they held a protest action near the presidential administration building in Kiev, dedicated to the "Day of Dignity and Freedom." Two girls bared their chests near the cordon of security officials guarding the passage to the courtyard of the presidential administration, with slogans "Dream 2013 — Free" and "Real 2017 — Roshen" painted on their bodies.

Commenting on the arrest, the organization wrote on their Twitter page:

"FEMEN reports of the illegal detention of its sextremist. At the entrance to the building of the Obolonsky Court in the best traditions of Hitler's Nazism, the women entering the building were subjected to a humiliating body screening procedure."