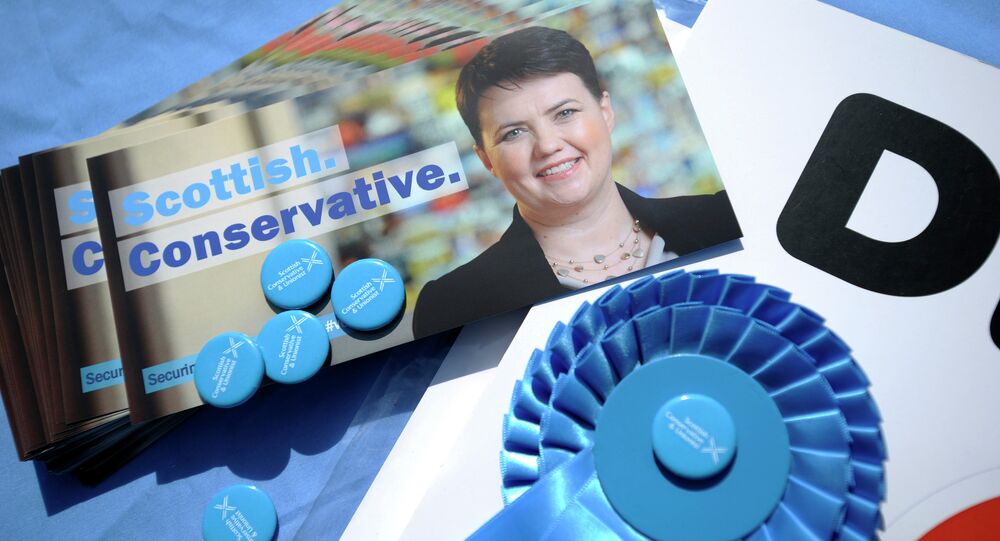 The generally popular head of the Conservatives in Scotland has been touted as a future national leader, but Ruth Davidson has a difficult balancing act to play if she is to become PM.

The Conservative leader in Scotland, Ruth Davidson on February 19 broke ranks with British Prime Minister Theresa May over the end-game of Brexit negotiations with the European Union.

While Theresa May has insisted that she would accept a "no deal" scenario in which Britain crashes out of the European Union in 2019 without a transitional trade arrangement with Brussels, Davidson has declared she would fight against any such policy including by voting against it in Parliament.

Since the renewed instability within the top leadership of the Conservative Party after the inconclusive result of last year’s general election, Ms. Davidson’s name has been floated as a contender to replace Theresa May.

Unlike her English Conservative counterparts, Davidson's positions have been dictated by the unique political conditions prevailing in Scotland. Under her leadership, the Scottish Conservatives made an unexpectedly strong showing in the June election in the country which voted overwhelmingly to remain a part of the EU in the 2016 membership referendum. Davidson herself campaigned for the Remain camp, putting her at odds with a majority of her party's voters.

Her outspoken positions on socially progressive issues such as same-sex marriage and abortion have made her more popular among the general British population than other alternative Conservative leaders such as Foreign Secretary Boris Johnson, Environment Secretary Michael Gove and MP Jacob Rees-Mogg, all proponents of a sharp break from European institutions.

Repeated polling studies have shown however that Brexit has overwhelmingly been supported by Conservative voters and that of them, a clear majority favor leaving the EU and its attendant institutions entirely, including the Single Market and the Customs Union.