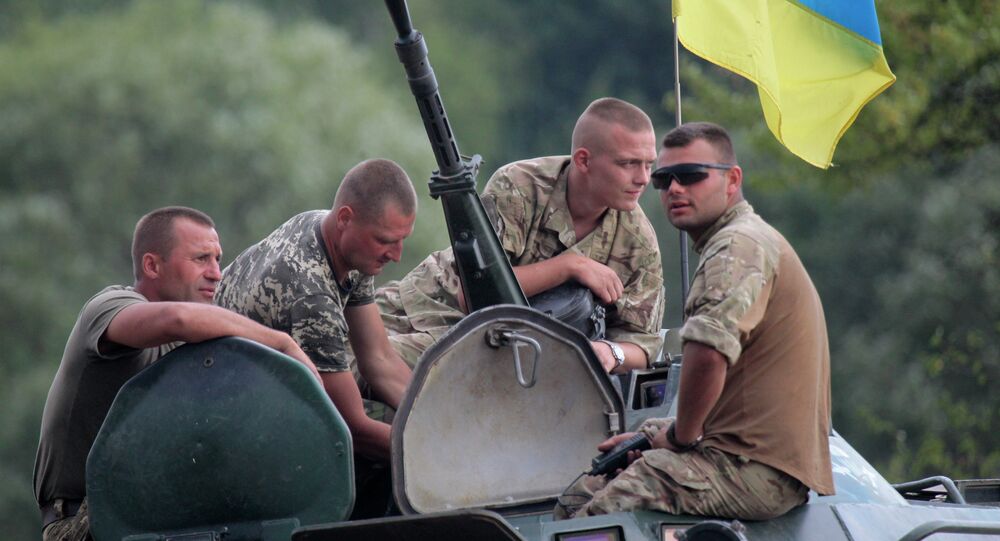 Four Ukrainian marines were shot dead by their fellow servicemen on the Kiev-held territory in Donbass. It was alleged that before the murder the naval infantry troops were drinking alcohol. The press center of the Anti-Terrorist Operation (ATO) which has been waged by Kiev since 2014 reported the incident.

Ukrainian naval infantry troops have shot dead their comrades on the territory of Donetsk region controlled by Kiev, according to the press center of the Anti-Terrorist Operation (ATO) headquarters.

"Representatives of the military law enforcement service of the Armed Forces of Ukraine and the National Police of Ukraine are investigating the causes and details of the death of servicemen of a naval infantry brigade. According to preliminary information, the bodies of the marines were found in the house in which they temporarily lived. Criminal proceedings have been opened within the framework of the investigation," the press center's official Facebook page reads providing no further details.

Meanwhile, Ukrainian media outlet LB.ua reported that according to its source the crime which resulted in the death of four Ukrainian marines took place in their military unit A-2802 based in a former resort of the village of Berdyansk, Donetsk Region. The soldiers were killed by two of their fellow servicemen with Kalashnikov assault rifles.

© CC0
US Delivers 2,500 More Night Vision Devices to Ukraine
For its part, Ukrainian private news channel 112 Ukraine revealed the two culprits had been arrested, citing Andriy Lysenko, spokesman for the Prosecutor General's Office of Ukraine. According to Lysenko, the tragedy took place near the village of Shirokino. The media outlet specified that the marines had been drinking, after which the shooting began.

The ATO operation aimed at cracking down on the breakaway republics of Donetsk and Lugansk was launched by Kiev by the Ukrainian Security Service (SBU) in April 2014, following the February 2014 coup in Ukraine also known as the Euromaidan Revolution.

Both Ukrainian military personnel and ultra-right volunteer battalions have taken part in the operation with Western instructors and advisers spotted in the region. Commenting on the reported arrival of US military instructors in in eastern Ukraine's Donbass region, Russian military expert Viktor Baranets described it as a direct interference in the Ukrainian conflict by the White House.

© Sputnik / Sergey Guneev
Nord Stream 2: Why US, Germany Likely to Turn Their Backs on Ukraine
In December 2017 it was reported that the State Department approved the delivery of lethal weapons to Ukraine including anti-tank Javelin missiles.

On January 10, 2018 US Department of Defense spokesman Johnny Michael told Sputnik that "there [were] no plans for either FMS [foreign military sales] or transfers of TOW [anti-tank weapons] to Ukraine."

Moscow has repeatedly warned the US against providing Kiev with more lethal weapons adding that Washington was acting not as a broker in the Ukrainian conflict, but as an "accomplice in fueling war."