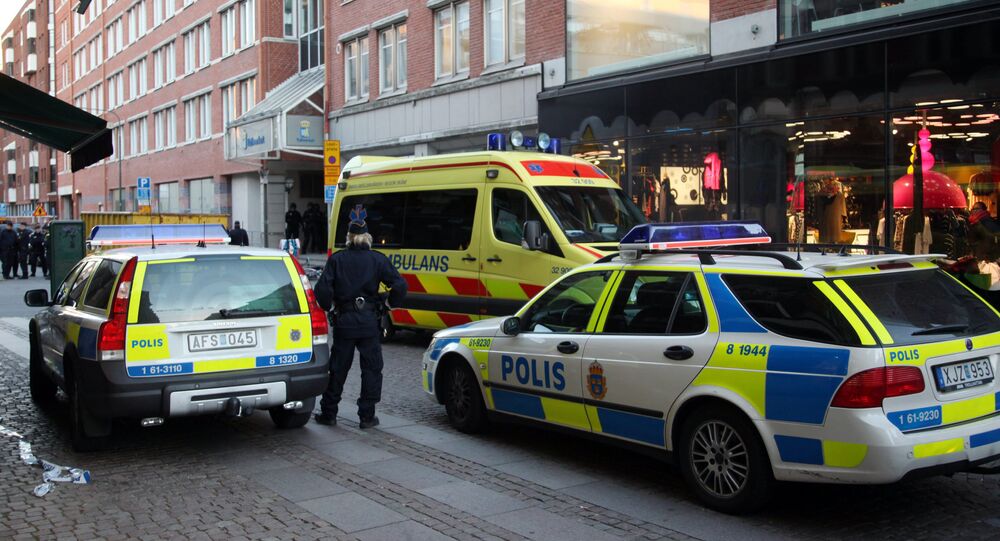 According to a former chief homicide investigator in Copenhagen, the main problem of the Swedish police is that they have too many rules and must have virtually every investigative step approved by a lawyer.

The Swedish city of Malmö has seen five reports of group rape in recent months, which is indicative of the situation in Swedish urban areas in general, as the number of reported rapes has risen by 50 percent in the past two years alone. Despite ongoing investigations, no arrests have been made in the city. "We are making progress," Malmö police press spokesman Nils Norling told the Danish newspaper Extra Bladet, prompting a string of jeers.

Although it's worldwide practice to come out with a police description in the case of severe crimes, the Danes were surprised to learn that this practice is not the given thing in Sweden.

"If the information comes from a witness who has their knowledge from the media, it can be worthless in a trial. A lawyer can always dismiss them as non-credible," Nils Norling explained to the Extra Bladet.

© CC BY 2.0 / James Sanderson/HowToStartABlogOnline.net / The Demise of Facebook
Swede Fined for Saying Muslims Are 'Behind Many Rapes' - Reports
In 2016, the Svenska Dagbladet daily revealed that the Stockholm police were officially instructed not to mention the perpetrator's ethnicity, as it could be perceived as racist. In the fall of 2017, a private report indicated an overwhelming prevalence of immigrants in, among others, gang rapes, with over 90 percent of the cases perpetrated by people of non-Swedish descent, something that the Swedish government has been reluctant to acknowledge.

Norling denied any connection between this and the fact that the Malmö police chose not to come out with police descriptions of the rapists.

"It has nothing to do with it. It is about ensuring that if we find some perpetrators we also have the opportunity to judge them in court," Norling said, citing the strict judicial rules about what information is admissible in court.

Ove Dahl, former chief of the homicide department in the Copenhagen police, was surprised that the Swedish police do not give the perpetrators' descriptions out to the public, which was customary when he worked on the force.

"The police do it because they want help from the public. We do it, regardless of whether we are investigating fatalities, rape or other crimes against the person, where the perpetrators may have been seen," Ove Dahl stressed, citing numerous examples where police descriptions spurred useful tips from the public.

According to Norling, rape investigations can take a particularly long time, compared with other types of crime, due to victims having a hard time remembering the details or longer breaks between hearings.

According to Dahl, though, the Swedish police's problem is that they have too many rules, as virtually any investigative step must be approved by a lawyer.

"In Sweden, however, things are done in a different way due a lot of rules that make the investigations take time," Ove Dahl commented, citing generally lower clearing rates in Sweden compared with those in Denmark. "Time and again I have said how damn happy I am over not working in the Swedish police," Dahl said.

Overall, Sweden saw a record of 7,230 rapes reported in 2017. According to the Expressen newspaper, only 8 percent of reported rapes are solved.