BRUSSELS (Sputnik) - Belgium will resume deporting undocumented Sudanese migrants back to their home country as the Belgian refugee agency has revealed a lack of proof for allegations of torture awaiting the repatriated people in Sudan, Belgian Prime Minister Charles Michel said Friday at a press conference.

"Expulsions of the Sudanese will be resumed after verification each time that article three of the European Human Rights convention is respected, and returnees do not suffer inhuman or degrading treatment upon their return," the prime minister said.

Michel explained that there were "serious doubts" about the allegations of torture of Sudanese migrants.

The Office of the Commissioner General for Refugees and Stateless Persons (CGRA) submitted its report to the government earlier in the day, concluding that there was no proof of any torture. 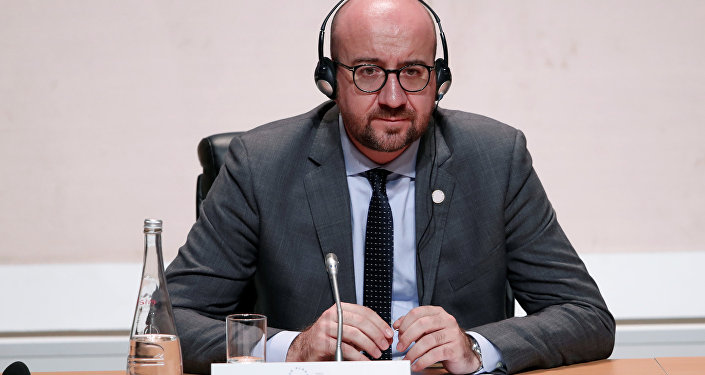 © REUTERS / Benoit Tessier
Migrant Scandal Threatens to Topple Belgian Government
The report will be discussed in the Belgian parliament later in the day.

The deportations became a thorny issue for the Belgian coalition government headed by Michel, who belongs to the center-right Reformist Movement. Minister for Asylum and Migration Theo Francken, who is a member of right-wing NVA. gave the green light to the repatriation of several Sudanese citizens and enlisted the help of Sudan's officials to identify the nationals of their country residing in Belgium illegally.

READ MORE: Half-Dozen Iraqi Refugees in Belgium Suspected of Having Links to Daesh

However, the Tahrir Institute for Middle East Policy said in December that some of the Sudanese who returned from Belgium had informed the think tank about being tortured upon their arrival to their home country. After the news broke out in Belgium, Francken called for a probe into the claims of torture and said that no migrants would be sent back if it was proven that they would face cruel treatment in Sudan.

Swedes Seethe Over Proposal to Engage Migrants in Volunteer Defense