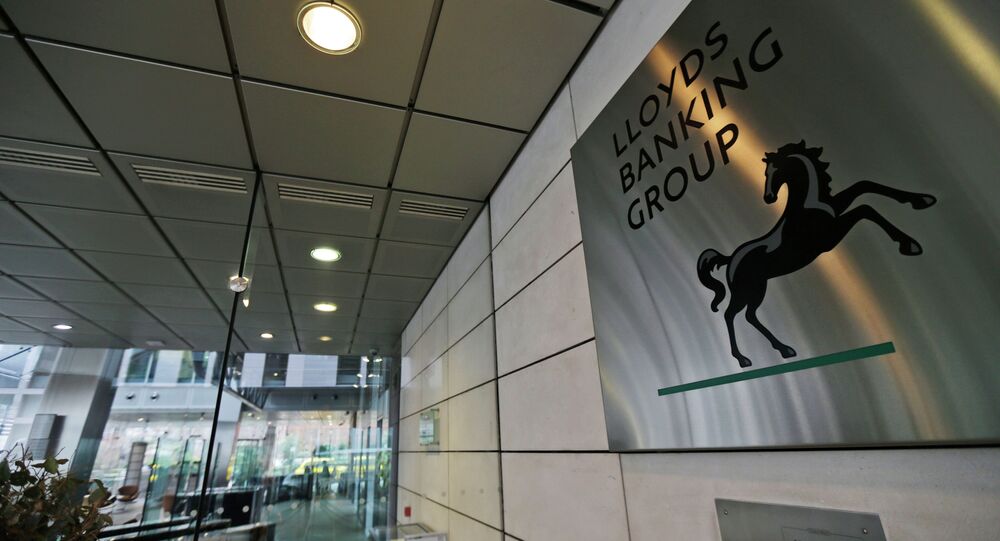 Wary of the risks of dealing with cryptocurrencies, banks are backing away from using virtual coins in their operations.

Lloyds Banking Group has warned its credit card holders against borrowing money to buy bitcoin which has lost more than half of its value in recent months, the Guardian wrote.

“Across Lloyds Bank, Bank of Scotland, Halifax and MBNA, we do not accept credit card transactions involving the purchase of cryptocurrencies, a spokesman for LBG said.

The move came just days after Bank of America, JP Morgan Chase, Citigroup and several other major financial institutions banned cryptocurrency purchases with their credit cards due to the volatile nature of virtual money.

© REUTERS / Benoit Tessier/Illustration
Israel Seeks to Ban Bitcoin Companies From Its Stock Exchange
Financial regulators in the US, South Korea, China, Russia and India have called for global regulation of bitcoin and France has proposed tougher rules for operations with digital coins.

Joining the general chorus of voices critical of digital currencies, Facebook has removed bitcoin and other cryptocurrency ads from its sites after critics said that criminals and rogue states were using digital money in illegal transactions.

US billionaire Warren Buffett chimed in earlier this month with a warning that the bitcoin boom will “come to a bad ending.”

Alternative cryptocurrencies (altcoins) have also been in a freefall, with many suffering much greater losses than Bitcoin.

Cryptocurrencies Are Digital Data, They are Susceptible to Hacking - Lecturer

Indian Gov't Vows to Weed Out Cryptocurrencies From India