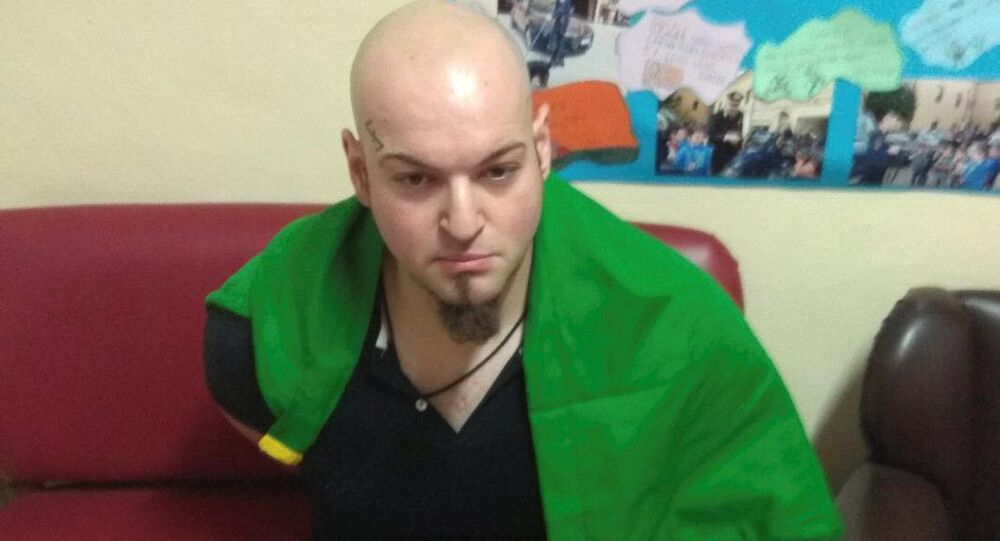 The shooting on February 3 left six people injured in the Italian city of Macerata, where nearly 10 percent of the population is foreign-born.

Twenty eight-year-old Luca Traini, who is suspected of carrying out a drive-by shooting in Italy's Macerata was determined in his actions and has shown no remorse over his crime, Lt Col Michele Roberti, the Carabinieri commander in Macerata, told Italian news channel Sky TG24 on Sunday.

While searching Traini's home, the police found a copy of Adolf Hitler's Mein Kampf, publications linked to Nazism and a flag with a Celtic cross, usually used by white supremacists.

According to the local authorities, the young Italian man was an unsuccessful candidate in a local election for the anti-immigration Northern League party. Italy's Ansa news agency reported that Traini had ties with the neofascist Forza Nuova and CasaPound parties.

The Carabinieri commander further noted, "it's likely that he carried out this crazy gesture as a sort of retaliation, a sort of vendetta" for the death of a teenager a few days earlier.

Last week, the police arrested a Nigerian man in connection with the murder of 18-year-old Pamela Mastropietro, whose dismembered remains were found in two suitcases. During the search, the police found several pieces of evidence, including the girl's bloody clothes and a receipt from a pharmacy in the suspect's house.

© AP Photo / Susan Walsh
US School Shooting Leaves 1 Dead, Multiple Injured, Suspect in Custody (VIDEO, PHOTO)
The shooting that resulted in five men and one woman from Nigeria, Ghana, the Gambia and Mali being injured, occurred amid heated discussions on immigration prior to the general election which is to take place on March 4.

'Shooting Simulation is Not a Solution, But It's a Step in Right Direction'