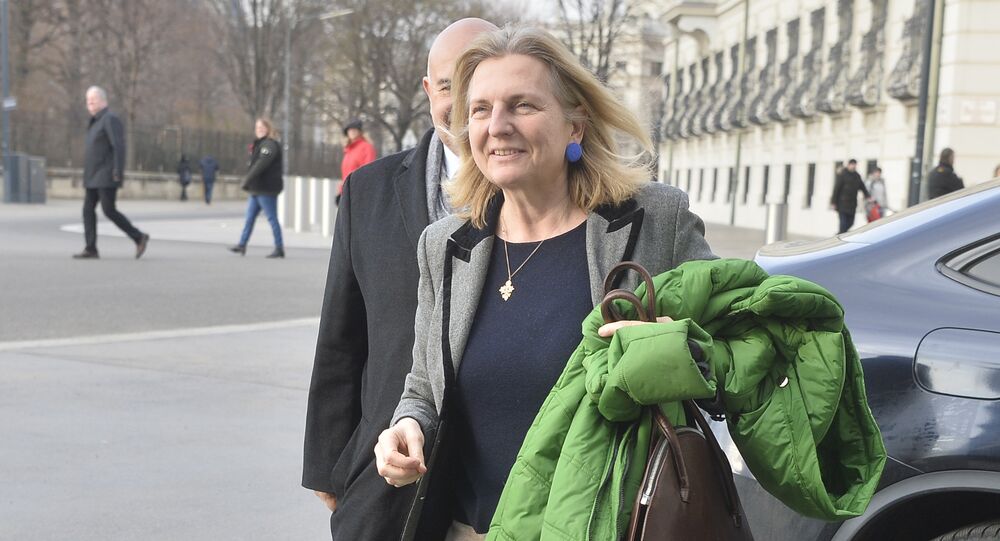 When she was appointed in December, Kneissl was slammed by the Israeli media for having described early Zionism in her 2014 book "My Middle East" as a "blood-and-soil ideology based on German nationalism."

"To insinuate any comparison between Nazism and Zionism is utter nonsense. I have never made any such comparison. What I pointed out is the historical fact that Theodor Herzl was certainly inspired by the nationalist aspirations that swept through many European countries during the 19th century. You always have to see things in the historical context," Kneissl told The Times of Israel.

Kneissl stressed that she and the new Austrian government are and remain committed to Israel as a Jewish state and to the two-state-solution, where Israel and Palestine live side by side, in peace and prosperity.

She also said that neither right-wing Freedom Party (FPO), which nominated her for the ministerial position, neither FPO leader Heinz-Christian Strache have anti-Semitic inclinations.

© AP Photo / Ronald Zak
Austria's Resurgent Right Gains From Disillusionment with EU - Magazine Editor
The Austrian snap parliamentary election were held on October 15. The People's Party (OVP) received 31.5 percent of the vote, while the Social Democratic Party of Austria (SPO) came in second with 26.9 percent of the vote. The FPO ranked third, winning 26 percent of votes.

In mid-December, the OVP, headed by newly appointed Chancellor Sebastian Kurz, and the FPO, chaired by now Vice Chancellor Heinz-Christian Strache, announced that they had reached a coalition agreement to form a new government.