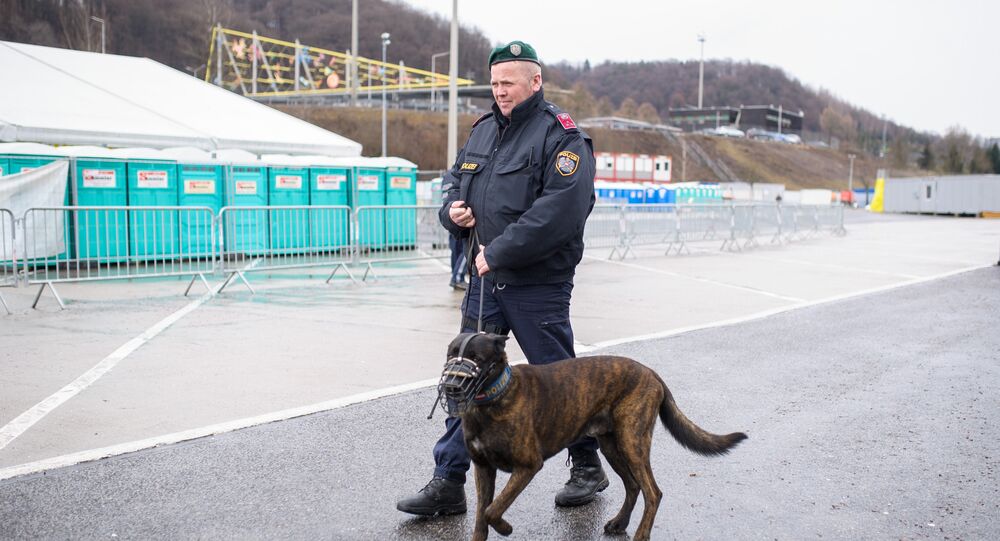 The 2015 migration crisis sparked an intense debate about the security situation in Austria, which is still acute in the country. Earlier in January, Austrian interior minister Herbert Kickl said that the government is going to tighten its asylum policy, citing the increased crime rate among asylum seekers last year as a reason for the decision.

Austrian police reported that 45 people arrested on Monday for drug dealing involved minor asylum seekers who smuggled marijuana across the country to clients.

The criminal group is suspected of selling about 50 kilos of marijuana in the Austrian region of Tyrol in the period from spring of 2017 till the present moment, according to the police.

Most suspects were Austrians and Afghans aged from 15 to 48, though some others came from Iran, Pakistan, Armenia, Syria, Turkey and Germany, the police statement reads.

© REUTERS / Michaela Rehle
New Research Associates Increased Crime in Germany With Migrant Surge
The starting point of more than eight months of investigation were reports of the locals who witnessed increased drugs trade in Innsbruck, Tyrol's capital city. In addition to the enhanced police presence in the city, investigations also began. Soon it became clear that three interconnected groups subdivided into several hierarchical levels were active.

Police report that the marijuana is believed to have been bought in Vienna and was subsequently smuggled to Tyrol in most cases by underage asylum seekers or Austrian girls traveling by train.

In addition, in the course of the investigation, seven kilograms of marijuana with a street sale value of about 70,000 euros as well as prohibited weapons were seized.

Tens of thousands migrants from the Middle East and Africa poured into Austria in 2015 fleeing from violence in their home countries. Last month, as a result of the general election, a right-wing coalition government of People's Party (OVP) and Freedom Party (FPO) came to power in Austria.

Number of Crimes Against Migrants Increases Fivefold in Germany