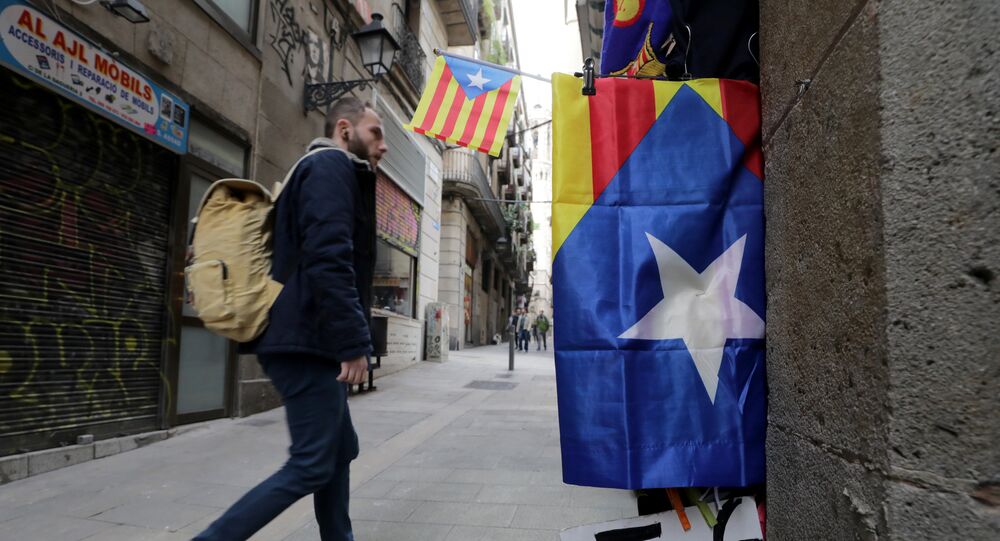 MADRID (Sputnik) - Catalonia will not return to self-government, which was revoked under Article 155 of the Spanish Constitution, until a new head of government is legally appointed in the autonomous region, Spanish Prime Minister Mariano Rajoy said Monday.

Ahead of the opening session of the Catalan parliament on January 17, Catalonia's main separatist parties agreed to support Carles Puigdemont, the former Catalan leader, as their candidate to head the region's government, with the Catalan Republican Left (ERC) spokeswoman stating that the party's legal team would examine whether Puigdemont could be appointed during a video conference or have one of his party fellows read the speech that any presidential candidate is required to deliver before voting in the investiture session.

"It is unacceptable that he [Puigdemont] becomes the head of the government remotely, aided by intermediaries or by other means. In order to come to power, he must be physically present… If this does not happen, the Article 155 will remain in force," Rajoy said.

#Spain will continue to rule the regional administration of #Catalonia directly from Madrid in the event that its self-exiled former leader Carles Puigdemont is chosen as president by the Catalan parliament, Prime Minister Mariano Rajoy pic.twitter.com/QvKkf9xNQf

​Following the Catalan independence referendum and the adoption of a resolution of the region's independence from Spain in October, the Spanish parliament's upper house voted to invoke the Article 155, introducing Madrid's direct governance over Catalonia.

Rajoy then dismissed the Catalan government and its head, and called a snap parliamentary election that took place on December 21, with the region's pro-independence bloc winning an absolute majority in the parliament. Puigdemont is facing arrest over charges of rebellion, sedition and misuse of public funds given his role in Catalonia’s independence referendum, declared illegal by Madrid.