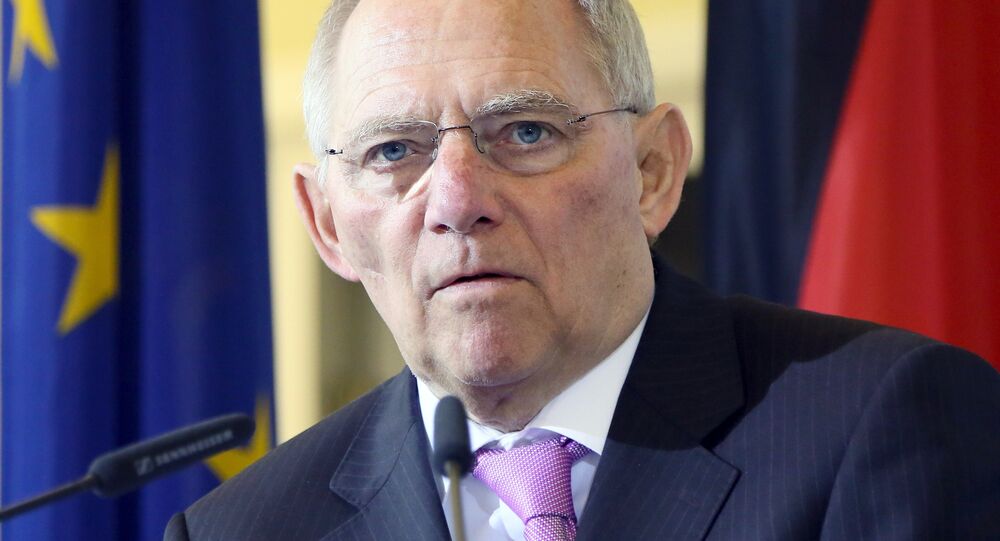 German Parliament Suggests Alternative to the United States of Europe

The current head of Germany's parliament opposed calls for reshaping the European Union into the so-called ‘United States of Europe’, claiming that the union should instead focus its efforts on European integration.

Wolfgang Schauble, a member of the German Christian Democratic Union party and President of the Bundestag, took a dim view of Social Democrats leader Martin Schulz’s call to transform the EU into a new entity with its own constitution, claiming that Europe requires a different approach.

"To say that one wants to create a United States of Europe within five years and that those states that don't go along will be thrown out seems a bit shortsighted, to put it politely," Schauble said, according to DW.

© CC0
'United States of Europe' Would Become a 'German Dictate' – Czech Politician
Instead, he argued, the EU should focus on European integration, claiming that while Europe does need to become stronger, this goal should be achieved via different methods, like the ones recently put forth by French President Emmanuel Macron.

"They are not geared toward an institutional restructuring of the EU but are rather an attempt to move forward without having to change the EU treaty," he remarked.

During an SDP convention on December 7, Schulz called for transforming the EU into a "United States of Europe" by 2025 and adopting a constitution for the new entity.

The results of a YouGov poll that were published earlier this week revealed that 30 percent of Germans and 28 percent of French support the idea, while 33 percent and 26 percent, respectively, disagree; the respondents in other European countries, such as Sweden, Finland, Denmark, Norway and, of course, the United Kingdom, largely opposed this proposal.

The United States of Europe: Towards Independence or Dependency?