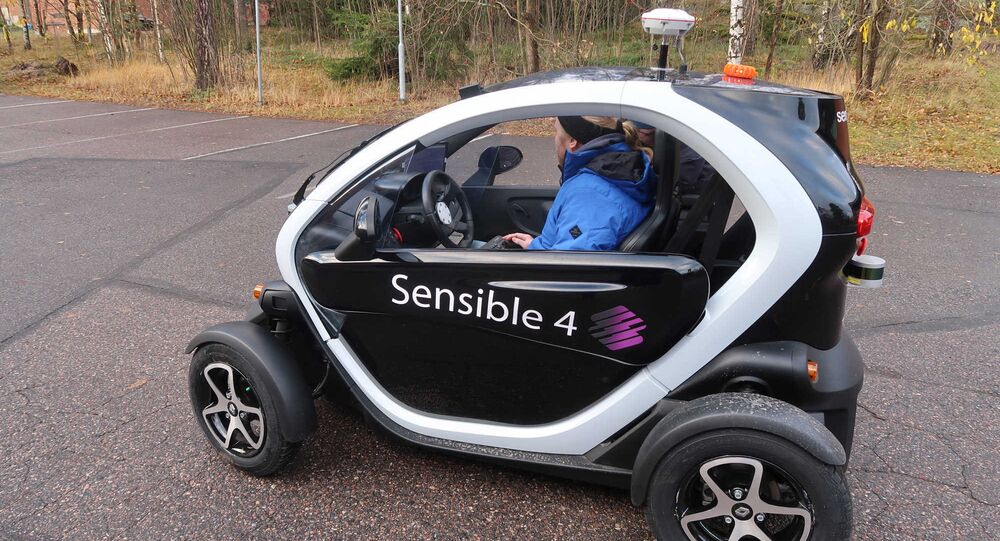 Finland's Sensible 4 is all set to revolutionize the transport problem in the country's northern regions with the helping hand of robots, as driverless buses are scheduled to roll out on the mostly empty roads of Santa Claus' frozen domains.

The empty thoroughfares of cold and sparsely populated Lapland are an ideal testing area for automated vehicles, thanks to easy routes posing a low accident risk and extra challenges in terms of harsh weather conditions.

Should the experiment by Sensible 4 prove a success, driverless buses will become a mainstay in Lapland's traffic, the Aamulehti newspaper reported.

​The first tests are being held in Muonio municipality, near the border with Sweden. Currently, the company is gathering information about the public using a special vehicle. So far, it cannot cope without human supervision, but it will be replaced by a fully automated peer in the near future. Previously, however, the firm's driverless vehicle Juto managed a successful test run on a closed track.

According to Santamala, Juto's very name ("reindeer") is a nod towards its sturdiness. He compared its navigation mechanism to how a reindeer breeder returns home in severe frost and blizzard.

"The reindeer-breeder pulls on the hat and the hood, takes the reins, and the deer takes him home, as if automatically," Santamala explained to the Finnish trade newspaper Insinööri-Lehti.

​Juto is based on a Renault Twizy equipped with actuators and sensors fully controlled by computer. The tiny vehicle is furnished with six cameras, including a thermal camera to assist the course plotting by detecting objects in all directions. The vehicle maintains a navigation precision of 5 centimeters, provided there is satellite visibility.

​According to Sensible 4's press-release, the company aims to convert Finland into a "hotbed of shared autonomous mobility," not least by collaborating with "Public-Private-People partners." At present, driverless tests are scheduled in the cities of Vantaa, Espoo and Hämeenlinna.

​By Santamala's own admission, the company is already looking to identify potential foreign expansion after conquering its home turf. China and Asia in general are the big ones, he noted.

Finland's first driverless bus was launched in Helsinki in 2016. Helsinki Vice Mayor Pekka Sauri, who is responsible for the city's public transport, became the first passenger. Ironically, Sauri is known as being skeptical about the introduction of robotic buses. According to Sauri, they are unlikely to replace traditional manned buses, but can be used as a supplement to the city's public transportation system.