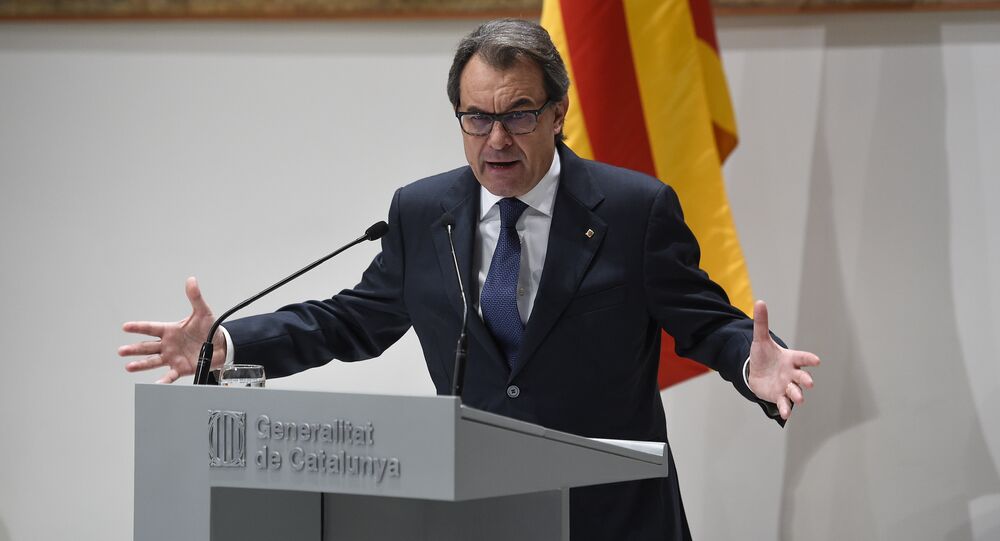 The Spanish Court of Auditors has ordered the seizure of the house of former head of the Catalan Government Artur Mas in Barcelona.

MADRID (Sputnik) — The Spanish Court of Auditors on Tuesday ordered the seizure of Barcelona's house of former head of the Catalan Government Artur Mas to recoup state funds spent on the 2014 informal referendum on the independence of the autonomous region.

A joint liability was imposed by the Court of Auditors in September of this year, including 4.8 million euros that the ballot cost and about 400,000 euros of interest accumulated since 2014.

All real estate of former Vice President of the Catalan Government Joana Ortega and former Education Minister Irene Rigau as well as half of the real estate assets of Francesc Homs, a former counselor, have also been seized. The resulting sum should reach 5.27 million euros, or about $6.1 million.

Over 80 percent of the survey participants supported the independence of Catalonia from Spain. However, the symbolic vote held on November 9, 2014 was contested by the central government and the constitutional court as illegal.

© Sputnik / Javier Luengo
Over 60% of Spaniards Seek Amendments to Constitution After Catalonia Crisis - Poll
In October 2017, Mas paid 2.2 million euros and asked the court for an extension for the rest of the sum.

In March, Catalonia's top court barred Mas from being a civil servant or an elected official for the next two yeas and fined him to the tune of of 36,000 euros. Ortega was forbidden from working for the state organizations or as an elected official for one year and nine months and sentenced to a fine of 30,000 euros, while Rigau was sentenced to a ban from state offices for 18 months and a fine of 24,000 euros.

Spain's top court chose a similar sentence for Homs, including a fine of 30,000 euros.

UK Model's Killer Given Two Life Sentences, But Did He Also Rape Woman in Spain?