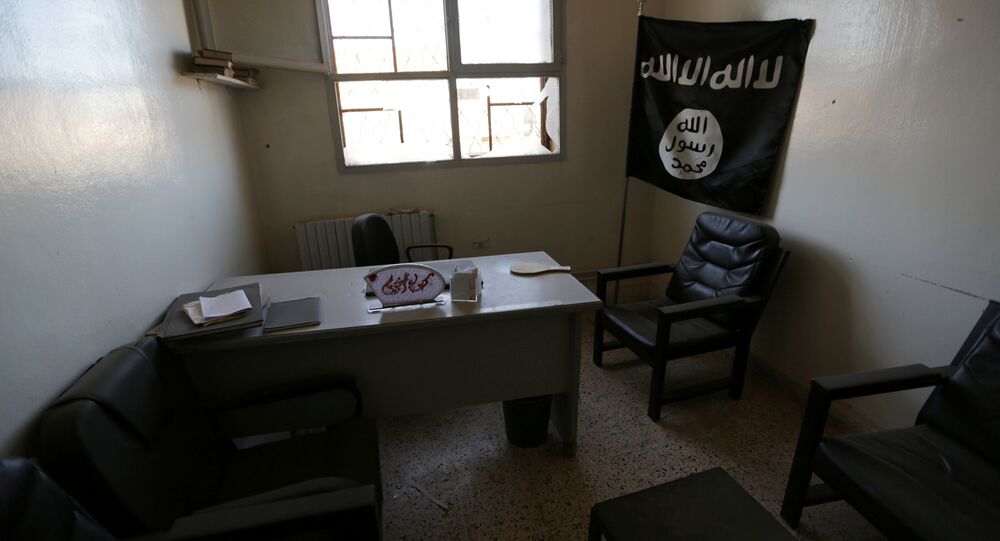 The fallout over an investigation into the Free Syrian Police (FSP), an entity funded by London and accused of human rights abuses, has heightened the need to spend aid on the poor rather than the UK political objectives, a spokesman for the UK aid group Global Justice Now told Sputnik.

LONDON (Sputnik) — On Monday, the BBC broadcaster revealed the results of its inquiry into the activities of the FSP, the forces established to bring order in Syria's opposition-controlled areas. According to the broadcaster, the FSP, which has been receiving financial aid from the United Kingdom, handed the funds further to Syrian extremists.

"In terms of aid funding we'd call for it to be spent on poverty alleviation rather than just being used to pursue Britain's foreign policy interests. Those two objectives tend to come into conflict and when it comes to the Syrian case it's often difficult to demonstrate whether aid has been spent in a productive way," Jonathan Stevenson said.

The BBC claimed that the FSP was handing over money to the Islamist group Nour al-Din al-Zinki, an opposition faction in Syria accused of multiple war crimes, including the 2016 beheading of a Palestinian boy during fighting around Aleppo.

The broadcaster also claimed that the FSP was involved in carrying out violent punishments for the alleged criminals, including the fatal stoning of two women by Jabhat Nusra terror group.

© AFP 2021 / Ammar al-Arbini
The Toxic Truth: 'US, UK Have Shown Their True Colors in Syria'
Additionally, the BBC noted that UK aid contractor Adam Smith International (ASI) had been financially supporting the FSP since 2014, despite its human rights record.

According to ASI's own records of 2016, some 20 percent of the FSP’s combined salaries were being paid to Nour al-Din al-Zinki, with the FSP at times acting as a civilian enforcement arm for al-Zinki edicts and court orders.

The ASI called the BBC claims "incorrect and misleading." The organization also noted that every spending in Syria needed to be very carefully considered and evaluated.

ASI are believed to be no stranger to controversy. Earlier in 2017, the organization was accused of misleading a parliamentary inquiry by falsifying evidence, prompting a suspension of additional government aid contracts.

Global Justice Now claims that despite these accusations, the UK Foreign Office continued to channel funds for use in Syria where the money allegedly ended up in the hands of groups like the FSP and other opposition factions.

Despite having now suspended further funding, the Foreign Office is believed by many to have been slow to scrutinize the activities of both the ASI and the FSP, raising additional concerns on the impact of UK aid policy elsewhere.

Both the Foreign Office and ASI have refused to confirm or deny the allegations after Sputnik's request for comment.