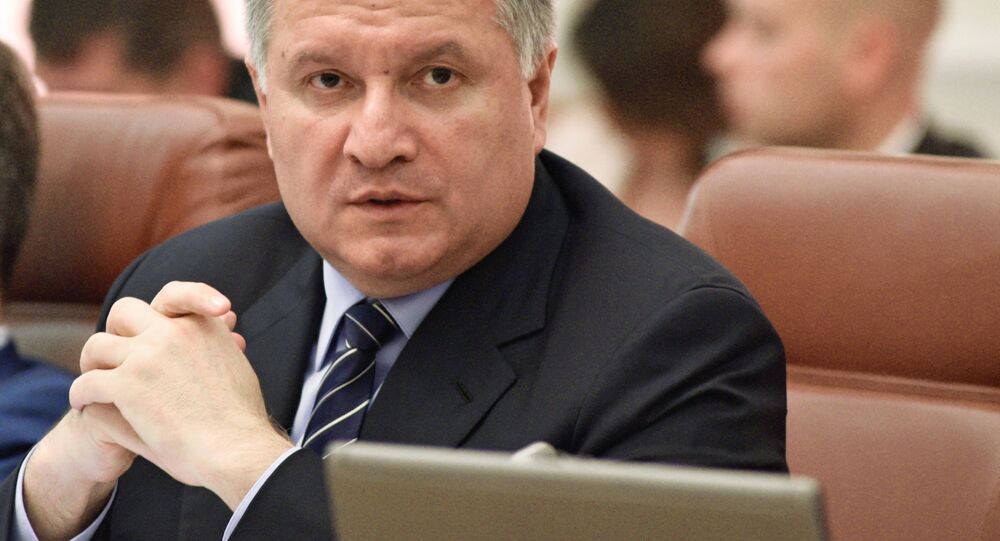 Ukrainian Interior Minister Arsen Avakov believes that the 2014 Minsk Agreements to enforce a solution to the crisis in the country's eastern regions are not working, and has called for a new format to be put in place.

KIEV (Sputnik) — According to Avakov, the new agreements should stipulate the full control of the Ukrainian-Russian border together with UN peacekeepers, the establishment of Ukrainian justice bodies in Donbass, stipulate and election processes, as well as grant amnesty for all those who did not commit serious crimes such as murder.

© Sputnik / Vladimir Pesnya
Moscow Concerned Over Kiev's Readiness to Ignore Minsk Deal - Foreign Ministry
The settlement of the Ukrainian crisis has been subject to discussions in various formats, including the so-called Normandy Four, comprising Russia, France, Germany and Ukraine. The United States currently has no role in the settlement process. In March 2015, Poland proposed to carry out negotiations in the Geneva format, comprising Ukraine, Russia, the United States, the European Union.

However, the Minsk format, or Trilateral Contact Group on Ukraine, including representatives from Russia, Ukraine, the self-proclaimed Donetsk People's Republic (DPR), the self-proclaimed Luhansk People's Republic (LPR) and the Organization for Security and Co-operation in Europe (OSCE), has proven to be the most efficient, managing to reach ceasefire agreements between the warring parties — the so-called Minsk Agreements. The truce, however, has been repeatedly breached, with Kiev forces and Donbass militia accusing each other of violating it.

In 2014, The Ukranian authorities launched a military operation in the east of Ukraine, after local residents of Donbass refused to recognize the new government that came to power in what they considered a coup. Despite the 2015 ceasefire deal signed between the conflicting parties in Minsk and brokered by the leaders of Russia, France, Germany and Ukraine, the so-called Normandy Format, the situation in the region remains tense.

US Fully Supports Minsk Agreement, Yet Does Not Exclude Other Options

Minsk, Moscow Yet to Finalize Agreement on Russian Oil Transit