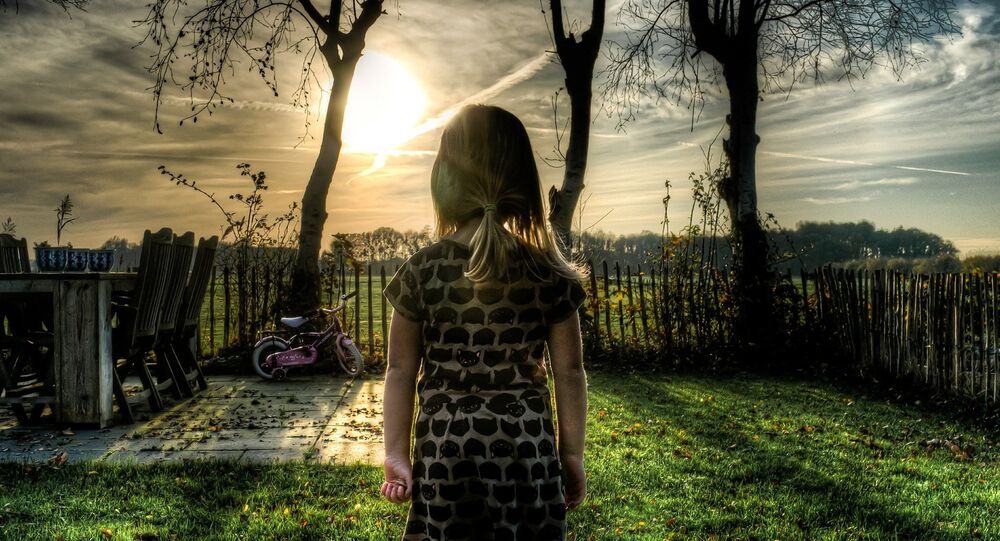 Sputnik spoke to a child psychiatrist about the difficulty of diagnosing mental illness in children and adolescents after an incident in Britain, involving a teenage girl killing a seven-year-old.

A 16-year-old girl has been detained indefinitely in a psychiatric hospital for killing Katie Rough, seven, on a playfield field near her home in York.

A teenager's due to be sentenced for the manslaughter of 7 yr old Katie Rough. The 16 year old — who can't be named for legal reasons — admitted killing Katie on a playing field in the Woodthorpe area of York in January. pic.twitter.com/Xa39EMqneF

Katie had been smothered and then had her throat and chest slashed with a craft knife. Drawings found in the killer's home showed stickmen in poses depicting death and the words: "They are not human" written underneath.

Leeds Crown Court was told she felt people "weren't human and were robots."

Sentencing the teenager at Leeds Crown Court on Friday, November 24, Mr. Justice Soole said she should serve a minimum of five years.

#Breaking Girl, 16, who killed seven-year-old Katie Rough in a York park given life sentence for manslaughter and ordered to be detained for a minimum of five years pic.twitter.com/1GfCrUL2Tz

"The utter tragedy and devastation of all this needs no emphasis. In this truly exceptional case I have concluded that it is necessary to impose a sentence of detention for life," said the judge.

Dr. Louise Theodosiou, from the Royal College of Psychiatrists, said tackling mental illness in children was a difficult subject.

"The idea that a child may be suffering serious mental illness is very unsettling for people," Dr. Theodosiou told Sputnik.

She said that psychosis in children and adolescents was "fortunately very rare" with less than 0.7 percent of young people suffering a psychotic episode.

The defendant, who pleaded guilty to the manslaughter of seven-year-old Katie Rough in York, has today been sentenced to life at Leeds Crown Court.

The now sixteen-year-old, who cannot be named for legal reasons, will serve a minimum of five years. (https://t.co/t91QAe91f2)

"It could take six months or more to be absolutely clear if someone is developing psychosis and it is very difficult under 18. But children's brains are very flexible and if given the right help and support, which can be talking therapies or medication, they may not develop full-blown psychosis," Dr. Theodosiou told Sputnik.

Dr. Theodosiou said children in the UK can be "sectioned" — that is, locked up for their own protection — just like an adult, as there is no minimum age set out in the Mental Health Act. But she said there are special provisions to protect children.

Her barrister, Nicholas Johnson QC, described her as "extremely troubled and damaged."

He said she had been having "delusional and bizarre thoughts" for months and had been self-harming since Christmas 2015.

She thought people around her "may not be human and may be controlled by a higher and hostile force."

The barrister said his client had posted a picture on social media two days before the killing which was, in hindsight, a cry for help.

Will the Teenager Ever Be Mentally Healthy?

She was given medication for anxiety and depression in 2016.

Dr. Theodosiou said it would be difficult for the teenager to make a full recovery.

"It's very difficult for a child if it has developed psychosis and lost touch with reality for them to come to terms with the reality of what they have done. Generally they can recover from the psychosis with anti-psychotic medication and therapy but they need to be supported to come to terms with their actions and learn to live with themselves," Dr. Theodosiou told Sputnik.

"The lives of [parents] Paul and Alison Rough, and their wider family, have changed forever as a result of the devastating events which happened on Monday 9, January 2017. Regardless of the conviction and sentence, nothing will ever replace the loss of Katie," said Detective Chief Inspector Andrea Kell, of North Yorkshire Police.

Katie Was Killed in January

Katie was found dead on a playing field in Woodthorpe, York in January this year.

The sentencing hearing was adjourned for three months while psychiatrists investigated the girl's mental health.

In the end, the psychiatrists could not agree what she was suffering from but agreed she was mentally disturbed.

"We do not yet fully understand her reasons for killing [Katie]. My view is she should be considered a high risk of doing serious harm to others," said psychiatrist Barry Chipchase, in a report read out to the court.

She appeared by video link at a hearing in July and admitted manslaughter by reason of diminished responsibility before breaking down and weeping.