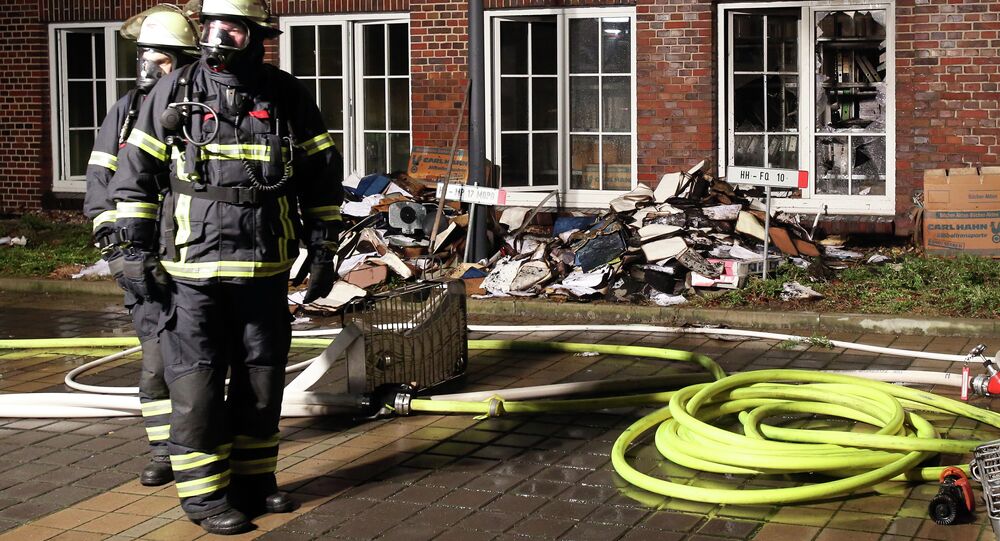 The cause of the fire has yet to be determined.

MOSCOW (Sputnik) – A fire at a refugee reception facility in Bamberg left on early Wednesday one person dead and 14 residents slightly poisoned by smoke, six of whom have been hospitalized, according to local police.

"The criminal police of Bamberg have launched an investigation into the yet unknown causes of the fire."

About 50 firefighters and 30 police officers took part in the rescue operation.

According to BR24, the police have ruled out arson.

Cases of fires in refugee camps in Germany have increased since 2015 when Germany opened its doors to more than 1 million refugees, the largest number of migrants accepted among Western European countries. However, hopes that newcomers would integrate in German society have largely failed to come true, which has prompted severe criticisms of the government's migration policy and strong nationalist sentiments in the country.