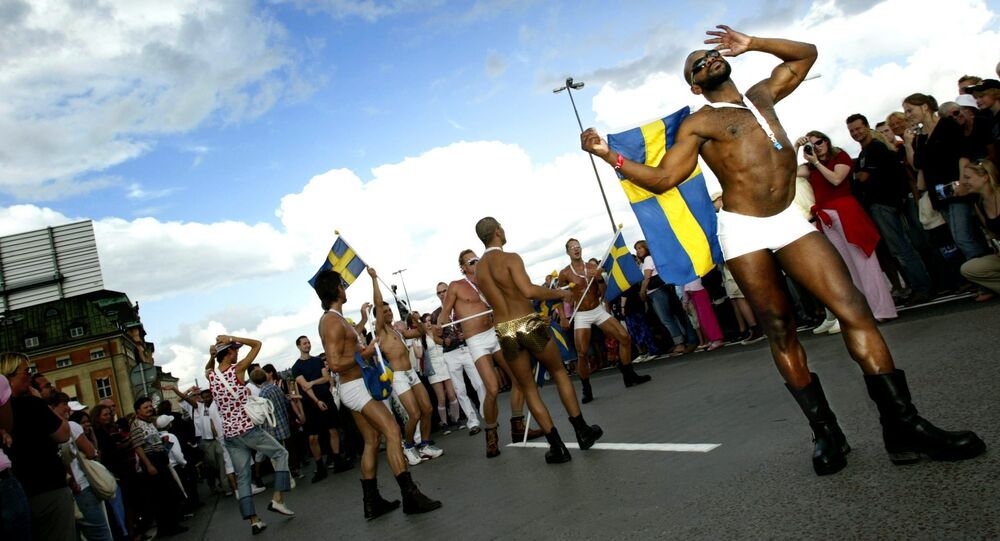 The phenomenon of male prostitution is gaining momentum in Sweden, which, ironically, is known as a champion of equality. Migrant boys at risk of deportation are believed to be particularly overrepresented in this area.

"Prostitution is an important symbolic issue for gender equality, as it is often assumed that men are perpetrators and women are victims. Men and boys selling sex are interpreted in relation to their sexuality, while girls and women are always seen as victims," Larsdotter said.

According to Larsdotter, there are many misconceptions about men selling sex. For instance, the public tends regards male prostitutes as indiscriminately gay and fails to see their vulnerability.

"Homosexuals are often seen as promiscuous and sometimes I hear comments like 'it's not too bad if they get a little reward for sex, which they love so much,'" Larsdotter argued.

Anna Lagerdahl, a police officer who has extensive experience fighting human trafficking and prostitution, said she has almost exclusively dealt with girls selling sex in the street, yet argued that the police aren't as effective at getting in touch with boys and men. One of the reasons is the surrounding secrecy, as most sex-related transactions involving males are made via closed online forums, as opposed to "traditional" prostitution.

Meanwhile, tens of thousands of so-called "underage refugees" currently at risk of deportation have been pointed out as "raw material" for a new shadow community as they may choose to go underground after their asylum applications are ultimately rejected. Many of them have either reached the age of 18 or have been found to have lied about their age upon arrival in Sweden.

© Photo : Pixabay
Sweden Sounds the Alarm: Refugee Children Forced to Sell Sex
In 2015 alone, 35,000 refugee children and adolescent migrants came to Sweden, 24,000 of them from Afghanistan. Hundreds, if not thousands of them, are believed to have already disappeared from the authorities' radar.

"Some of them may end up abusing drugs, while others are in crime," an anonymous police source told Aftonbladet daily. According to the source, there is an apparent link between rejection, homelessness and crime. The source also admitted that many try and solve their economic problems by resorting to prostitution.

Sanna Vestrin, who chairs the National Council for Refugees (Farr), said many of the young people Farr has been in contact with admitted they were considering going underground to avoid deportation.

"However dark living undocumented in Sweden may be, many of the young people still see it as a better alternative to life expected in Afghanistan," Vestrin said.