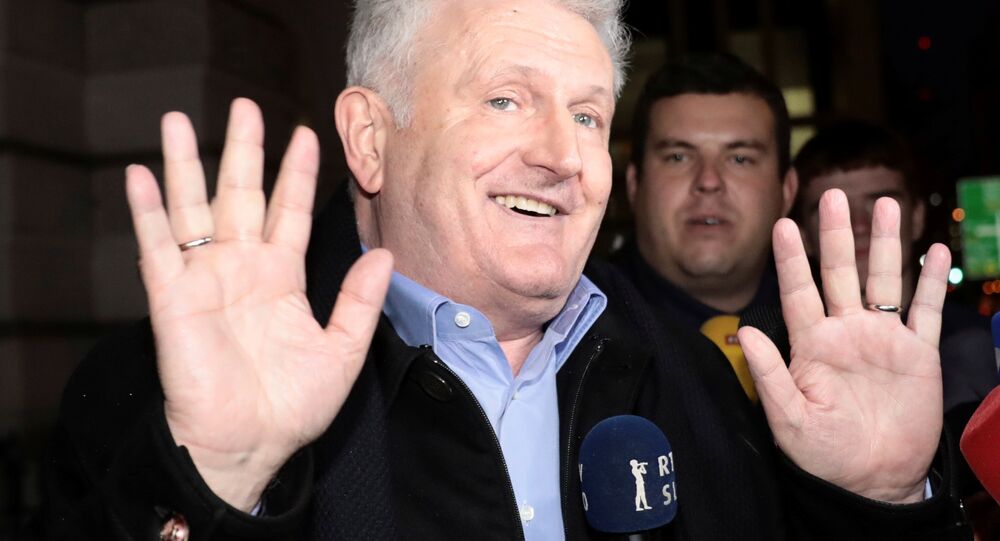 Who Is Ivica Todoric and Why Does Croatia Want Him Extradited From Britain?

A top Croatian businessman has been arrested in London and is facing extradition back to Zagreb. Who is Ivica Todoric and why is he such a wanted man in Croatia?

A businessman whose company ran into financial trouble in April told a court in London on Tuesday, November 7, he would oppose extradition to his native Croatia.

Ivica Todoric, 66, was arrested by the Metropolitan Police on Tuesday morning on the basis of a European Arrest Warrant from the authorities in Zagreb.

Croatian businessman Ivica Todoric, described as one of Europe's "most wanted fugitives", has been arrested in the UK

Todoric later appeared before district judge at Westminster Magistrates Court in London, where he denied charges of fraud and corruption in relation to his company, Agrokor, which went into administration with debts of five billion euros (US$5.8 billion).

Todoric is accused of perpetrating a 110 million euro (US$127 million) fraud at the company, which owns food manufacturing and retail stores in Croatia, Bosnia-Herzegovina, Serbia and Slovenia and farms 32,000 hectares of arable land in the east of Croatia.

Benjamin Seifert, a British lawyer appearing on behalf of the Croatian authorities, said Todoric was accused of false accounting, fraud by false representation and abuse of position and his assets globally had been frozen.

"This is extremely serious offending," Mr. Seifert told the court.

Todoric was granted bail on condition that he and his wife handed over their passports, he wears an electronic tag and reports to police three times a week. He was also forced to provide a security of £100,000 (US$131,350).

"The context in which I grant you bail is the knowledge that both in this country and throughout the world your assets are frozen and your ability to obtain money is limited," said Judge Blake.

Todoric and 14 other people are being investigated over the financial crisis at Agrokor, which employs 60,000 people across the former Yugoslavia.

​The tycoon told District Judge Richard Blake he would oppose extradition to Croatia at a full hearing in April next year.

Blogging on his website, Todoric repeatedly denies any wrongdoing and claims corruption within the Croatian government was to blame for the company's situation.

Todoric's father, Ante, was a state manager in a state-run farm in the 1950s, and in the 1970s he and Ivica started a business growing and selling flowers, which became Agrokor.

​His company expanded massively in the 1990s after benefiting from the privatization of formerly state-owned assets and he invested some of his wealth in a 16th-century castle, Kulmerovi Dvori, overlooking Zagreb, which he refurbished at a cost of three million euros (US$3.48 million).

Todoric was close to Franjo Tudjman, the first president of independent Croatia, and in 2013 he bought Slovenia's biggest supermarket chain, Mercator.