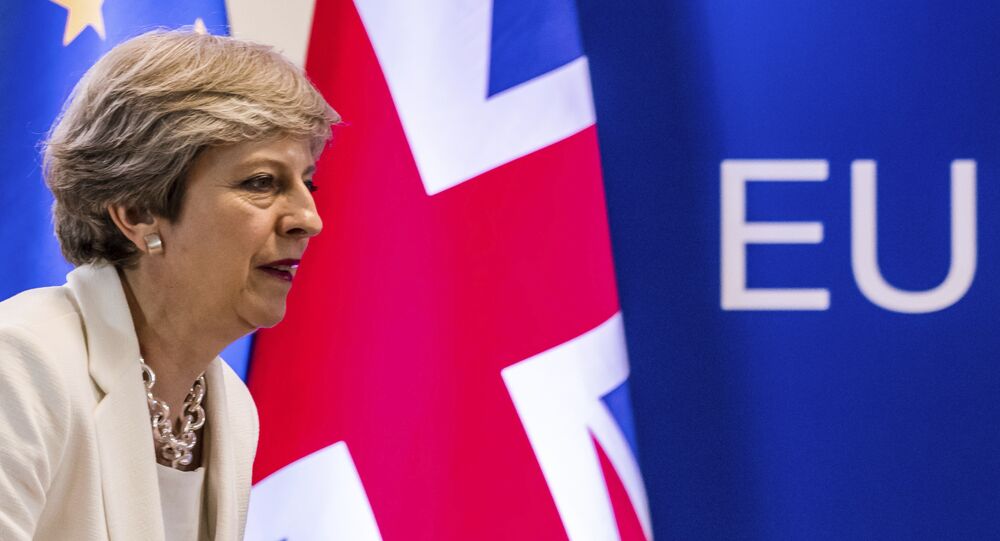 UK Prime Minister Theresa May and the country's Labor leader Jeremy Corbyn are scheduled to deliver Brexit-related speeches at a Confederation of British Industry (CBI) conference later on Monday.

According to The Guardian, the leader of the UK and the head of the opposition will strike different tones at the CBI event, where May is expected to welcome progress in her country's talks with the EU while Corbyn will voice alarm over political limbo.

The newspaper quoted extracts of May's speech which had already been released by Downing Street as saying that "a strictly time-limited implementation period will be crucial" to Britain's "future success."

"During this period, our access to one another's markets should continue on current terms and I want us to agree the detailed arrangements for this period as early as possible," she said.

As far as Corbyn is concerned, he is due to express "chaos and confusion" over a scenario where Brexit talks with the EU come to a standstill and the country leaves the bloc without a deal.

The Guardian cited his speech extracts as saying that "the fact that some in the cabinet want 'no deal' to re-launch Britain as a race-to-the-bottom deregulated tax haven on the shores of Europe, only adds to the risks."  He slammed the idea of the UK leaving the EU without a trade deal in place as "potentially a nightmare scenario" for the UK's business circles.

READ MORE: 'We Will Stop It': Brexit Talks Stall, But Will It Be No Deal or No Brexit?

The Brexit negotiations between London and Brussels, which kicked off on June 19, are expected to wrap up by the end of March 2019. In a referendum on June 23, 2016, about 51.9 percent of British voters said "yes" to their country leaving the EU.

Toughest Job in Politics: Is This Man Capable of Delivering Brexit Laws for May?