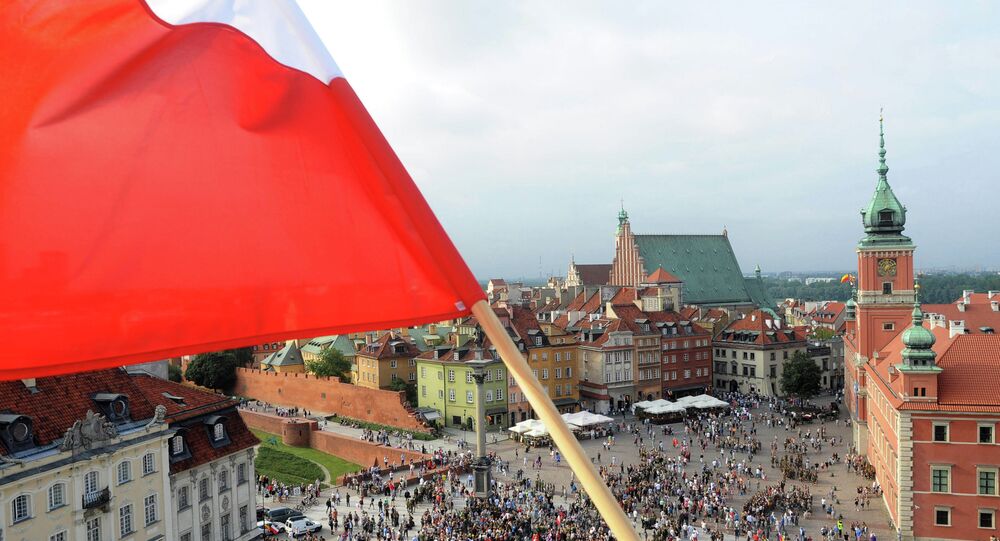 Warsaw Intends to Ban Entry for Individuals With 'Anti-Polish Views'

The decision comes in the wake of the deterioration of relations between Warsaw and Kiev.

"We are currently launching procedures that will not allow people, who hold extremely anti-Polish views, to come to Poland."

According to the Polish foreign minister, those people, who, for example, did not permit the restoration of Polish places of remembrance will also face restrictions in response.

"Those individuals, who demonstrate and use administrative measures against Poland, will also face the consequences."

Despite the fact that Ukraine was of geopolitical importance for Poland, the two states should not set aside the issues that divide the two countries, in particular, the historical ones, the Polish top diplomat has concluded.

The move by the Polish authorities comes amid the deterioration of Poland-Ukraine relations amid a series of vandalism acts in Ukraine, targeting the Polish places of remembrance.

© Photo : Facebook / Stowarzyszenie KURSK
One Polish Man's Fight to Save Soviet War Memorials
In January, a monument devoted to the Polish soldiers killed by the 1st Galicia SS Division, a military formation made-up predominantly of Ukrainians, supporting Nazi Germany in WWII, was blown up in Ukraine's Lviv Region. Another act of vandalism was recorded in February in the Kiev Region, where Bykivnia graves memorial complex was desecrated. Unidentified men painted the symbols of the Galicia SS Division on the memorial. The Polish Foreign Ministry delivered protest notes to Ukraine in both cases.

Tensions have further rised in July when Polish authorities said that they would like to imprint images of the rotunda chapel situated on the territory of Polish war burial sites in the city of Lviv on the pages of new Polish passports. Ukrainian authorities stated that Poland's initiative constituted an unfriendly act which had a negative impact on the development of Ukrainian-Polish partnership, adding that Ukraine was against the politicization of certain historical facts.