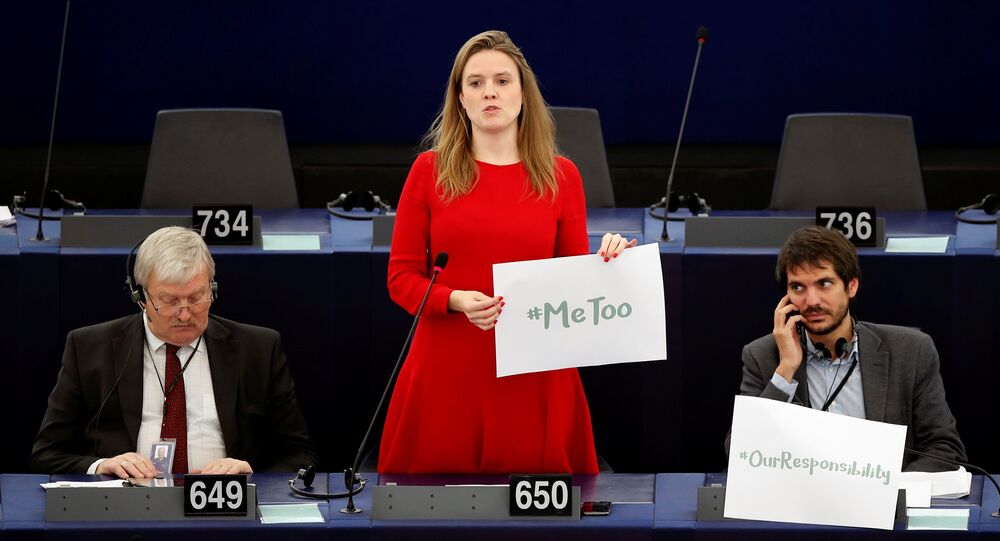 A leaked confidential report into the work of the European Parliament's dedicated harassment complaints committee has revealed the body is barely fit for purpose, with major difficulties investigating and prosecuting cases, trouble deciding a legal definition of harassment and establishing hard evidence.

The European Parliament faces multiple challenges in investigating allegations of sexual harassment, according to a confidential report privately circulated in Brussels in January, recently revealed to the public by Politico Europe.

The report, issued by a parliament committee set up in 2014 to deal with harassment complaints between parliamentary assistants and MEPs, details a range of difficulties the committee faces in investigating and prosecuting cases — including trouble finding a precise legal definition of harassment, establishing hard evidence and handling investigations in a timely manner.

​In respect of timing, the committee's glacial approach to investigations is attributable to its size — it consists of a single parliamentary assistant, single parliamentary civil servant, and three MEPs. In 2013, the European Ombudsman reprimanded parliament for taking in excess of a year to process a sexual harassment complaint filed by an intern.

Also hampering the harassment committee's work, the report said, was the question of how to evaluate evidence from relatives of complainants (ie "Can a mother or sister provide unbiased evidence?").

Another problem is translators have failed in many cases to translate written evidence containing vulgarity accurately, often producing misleading translations as a result.

When the committee was established, it lacked a definition of what constituted harassment, and undertook research and training to develop a list of 38 harassing behaviors to look for when complaints were lodged.

MEPs will talk about what the EU is doing to combat sexual abuse and support victims from 10.30 CET https://t.co/oCdBNLsNz2 #MeToo pic.twitter.com/eG3iPQ3kSV

​How long this process took is unclear — although between 2014 — 2016, the committee considered 10 cases, in which it reviewed 1,506 pages of evidence submitted by assistants and MEPs, including pictures and screenshots from WhatsApp, Viber and Facebook, and met for 54 hours total. As a result of these complaints, staff in a few cases were moved from an MEP's office to work in parliament's infocenter, or library.

One investigation of alleged harassment of an MEP's assistant by that member of parliament took almost 18 months to complete.

The names of accused MEPs aren't revealed in the report, nor is their punishment — although some cases were said to have helped uncover "infringements and financial irregularities" by the accused member in question, or by other staff involved in the cases as witnesses.

Under Rule 166 of the parliament's rules of procedure, the parliament's president can punish MEPs found to have breached standards of conduct, including "mutual respect" among staff and colleagues.

Punishments range from reprimands to loss of parliamentary financial allowances for up to 30 days, and suspension from certain parliamentary activities, such as foreign trips.

© CC0
Theresa May Says Sexually Harassed Westminster Staff Should Go to Police
The committee issued a series of recommendations for preventing parliamentary harassment, but implementation has been slow, despite the report's introductory letter stating the measures needed to be "introduced at the earliest opportunity," as they would "help considerably" in both preventing harassment cases from arising and dealing more efficiently with any that do.

For example, the committee recommended compulsory harassment induction training for parliamentary assistants starting from March 2017, but said training for MEPs was necessary only "on request." Informative anti-harassment brochures for MEPs were also produced later than planned.

At the start of October, MEPs voted for a task force of independent experts to evaluate the committee's work, and propose changes.

The leaked report comes as a group of MEPs are demanding an external probe into allegations of sexual harassment at the European Parliament, after a flurry of allegations male MEPs abused around a dozen female aides.

Our demands to fight against sexual harassment in the European Parliament. #MeTooEU #meToo pic.twitter.com/WTRM7I40xh

Politico Europe claimed it has collected testimonies of 87 women and six men who have suffered sexual harassment and abuse while working in Brussels, and the news portal has set up a dedicated website to collect more testimonies.