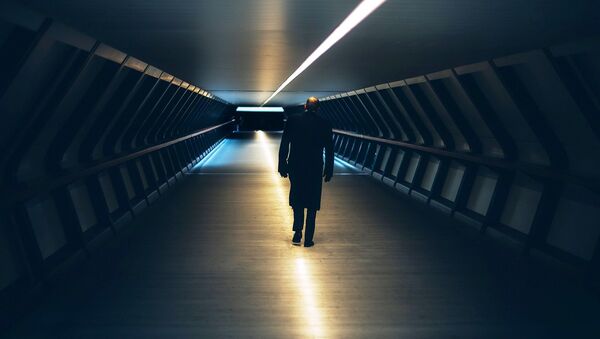 A leaked dossier reveals at least 36 Conservative MPs have been accused of sexual harassment of aides and staff - and similar exposures in Europe suggest the issue of abuse among political elites is not isolated to the UK.

A spreadsheet compiled by Conservative party aides detailing how members of parliament have behaved inappropriately towards colleagues, including allegations of sexual misconduct, has been revealed — and Prime Minister Theresa May is facing allegations of a cover-up after repeatedly failing to confirm when she learned of the allegations.

12 MPs are accused of harassing female staff, and four MPs of behaving inappropriately towards male researchers. One minister is claimed to have "paid women to keep quiet." Another is accused another of having "sexual relations with a researcher."

In response, Prime Minister Theresa May has written to House of Commons speaker John Bercow, calling for the establishment of a new grievance procedure to deal with complaints of misconduct at Westminster, as current processes lacked the "required teeth."

Former Conservative minister Anna Soubry has called for an urgent statement from Commons leader Andrea Leadsom on what can be done to ensure complaints are dealt with properly.

"I do not believe this situation can be tolerated any longer. It is simply not fair on staff, many of whom are young and in their first job post-education. I would be grateful if you would be able to use your office to assist me in doing all we can to ensure that the reputation of Parliament is not damaged further by allegations of impropriety," May wrote.

May wants a new mediation service for disputes and a contractually binding complaints procedure for MPs' staff.

However, Downing Street faces accusations of a cover-up after repeatedly refusing to confirm when May first heard about the allegations of sexual harassment and inappropriate sexual behavior made against Tory MPs and serving cabinet ministers.

A spokesman for May told Business Insider May acted once the allegations were "made public" but was unable to say when she was first informed about them.

Currently, there is a 24-hour confidential helpline for all staff to report abuse claims and an HR advice service for MPs and their staff — but MP employees are directly employed by their parliamentarian's office, and not covered by grievance procedures for other parliamentary staff.

Complaints are dealt with within a small team, often consisting of no more than a handful of staff.

Theresa May is also calling for an inquiry, after Conservative international trade minister Mark Garnier admitted to calling his secretary "sugar t***" and sent her to buy sex toys for him, incidents he described "good humored high jinks" and "amusing conversation."

​In a separate case, former cabinet minister Stephen Crabb also admitted sending "explicit" messages to a 19-year-old woman he interviewed for a job in 2013, while minister for Wales.

The married MP acknowledged his actions had been "foolish" but there had been no sexual contact.

It's not merely in Westminster that legislators are engulfed in sexual harassment scandals — a group of MEPs are demanding an external probe into allegations of sexual harassment at the European Parliament, after a flurry of allegations that male MEPs had abused around a dozen female aides.

Our demands to fight against sexual harassment in the European Parliament. #MeTooEU #meToo pic.twitter.com/WTRM7I40xh

​Names of the alleged perpetrators have been kept from the public, although The Times newspaper mentioned Yves Cochet, former French environment minister and Green party MEP.

In response, EU Parliament president Antonio Tajani said he learned of the allegations "with shock and indignation" — although added people can already report any abuse they receive to a special advisory committee of MEPs.

Politico Europe says it has so far collected the testimonies of 87 women and six men who have suffered sexual harassment and abuse while working in Brussels, and the news portal has set up a dedicated website to collect more testimonies.