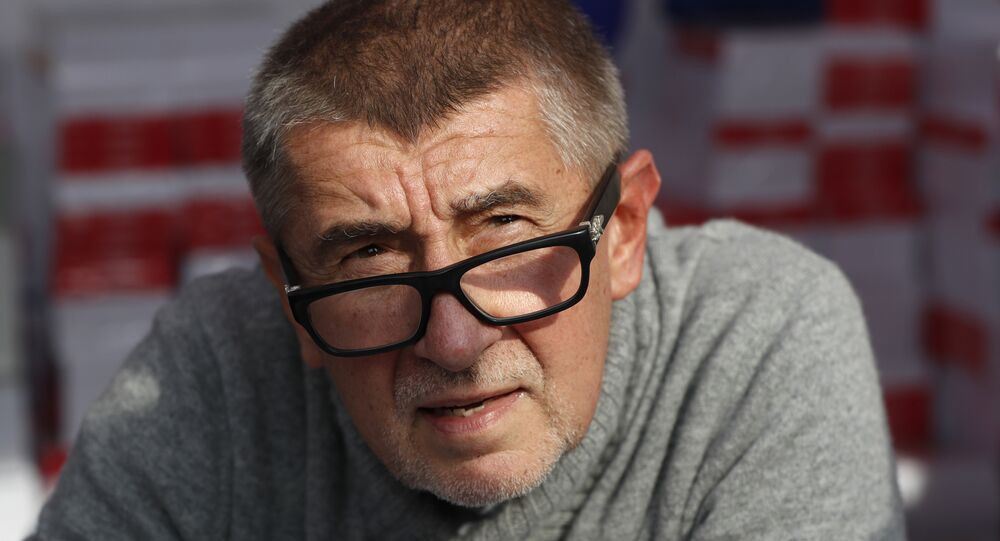 A well-known celebrity billionaire known for his populist, pro-business, anti-corruption stance may soon become the leader of his country, although his campaign is stymied by charges of financial wrongdoing and corruption. Who are we describing? The Czech Republic’s Andrej Babis, of course - who did you think?

Babis, the second-richest man in the Czech Republic with an estimated net worth of $4 billion, is leading in the polls in the October 20 legislative elections for the highly industrialized European nation. He has ran an anti-establishment campaign, depicting older and more established parties such as the centre-left Czech Social Democratic Party (CSSD) as corrupt and incompetent.

Babis is also the leader of the ANO (an orphaned acronym that once stood for "Action of Dissatisfied Citizens," and is also the Czech word for "yes"), the second-largest party in the Chamber of Deputies which coalitions with the CSSD and the center-right Christian and Democratic Union — Czechoslovak People's Party (KDU-CSL). ANO's rise has been meteoric since Babis founded it in 2011, capturing 18.6 percent of the legislative vote in the 2013 legislative election.

In the most recent polls, ANO has charted at about 26 percent of the vote — compared to 13-14 percent for CSSD, the second-highest performance in the opinions polls. The Czech Communist Party is in third with 11-12 percent.

ANO has run on a centrist and populist platform, campaigning for a fight against corruption, a limitation of politician's immunity from prosecution, lower unemployment and better infrastructure. Babis is also against the Czech Republic adopting the euro as its currency and is generally opposed to closer ties between Prague and the EU — though he stops short of the anti-immigration and Euroscepticism of the far right Dawn-National Coalition opposition party. The party defies easy characterization on the typical political axes, but Babis called it "a Right-Wing party with social empathy" in 2015.

He has also proposed some more far-flung ideas, such as changing the parliamentary vote from proportional rule to majority rule (which would require a constitutional change and eventually reduce the number of parties in government from seven to two,) streamlining government by reducing the number of ministers and expediting the processes by which laws are passed. Most such reforms are opposed by other parties.

Babis isn't a total political outsider: ANO's impressive showing in 2013 made him the country's Deputy Prime Minister and Minister of Finance. His background is as the CEO of Agrofert, a conglomerate of agricultural, food, and chemical companies with over $5 billion in revenue annually.

Under the coalition of ANO, CSSD, and KDU-CSL, the Czech Republic has entered a period record low unemployment — the lowest in the EU — strong economic growth — 4.7 percent thus far in 2017, the third highest in Europe — and general political stability. Babis has claimed responsibility for this economic boom.

However, Babis has also been the subject of a criminal investigation when it was alleged that he used his position in the Czech government to appropriate European Union funds to finance part of his business empire. Babis has denied the charges, calling them politically motivated, but the investigation is ongoing. Earlier in 2017, under pressure from his political rivals, Babis transferred all his assets to trust funds to avoid a conflict of interest.

Also in October, Babis was cleared of suspicions of cooperating and informing for State Security, the secret police force of the Czechoslovak Socialist Republic, the predecessor state to both the Czech Republic and neighboring Slovakia, which "divorced" in 1993. Babis denied ever collaborating with State Security, which would likely be seen in a very dim light by the Czech public.

Czech President: Militants Could Flee to Bosnia After Defeat of Daesh