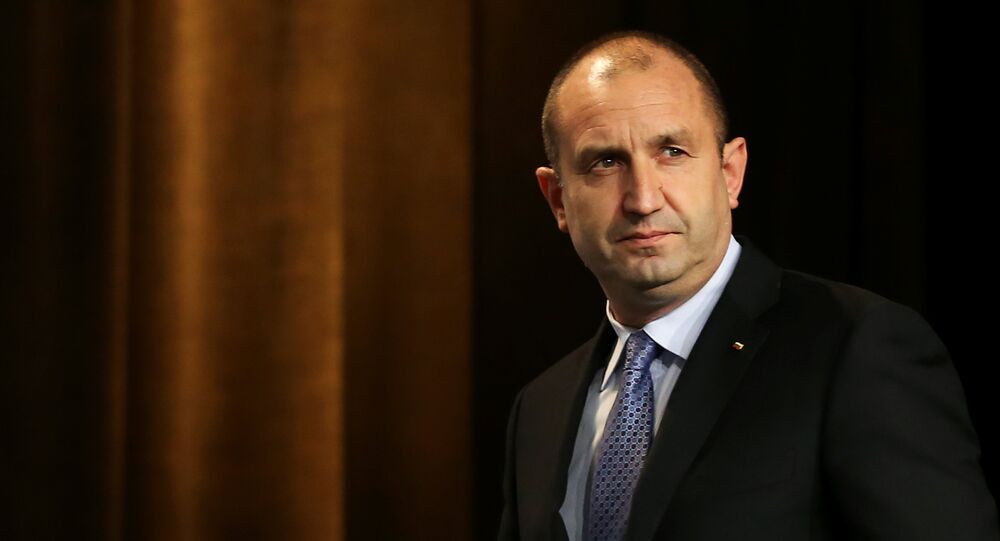 WARSAW (Sputnik) — Speaking to reporters in Warsaw after meeting with Polish President Andrzej Duda, Radev said political solutions need to be found regarding sanctions against Russia, adding that they "cannot exist indefinitely."

He noted that the Bulgarian businesses were dissatisfied with the existence of sanctions against Russia.

© REUTERS / Jonathan Ernst
US Sanctions on Russia to Last Through Next Presidents - US Commerce Chamber
"Sanctions should not lead to businesses suffering," Radev added.

In June, the Bulgarian president said he could not make the first step to end economic sanctions against Russia but would endorse such an initiative.

Moscow's relations with the West deteriorated rapidly following Crimea’s referendum to reunite with Russia in 2014 and the escalation of the Ukrainian crisis later that year. The United States and the European Union showed their disapproval of Russia’s alleged meddling in the Ukrainian affairs by introducing several rounds of anti-Russia sanctions despite the fact that Moscow has repeatedly refuted the allegations.