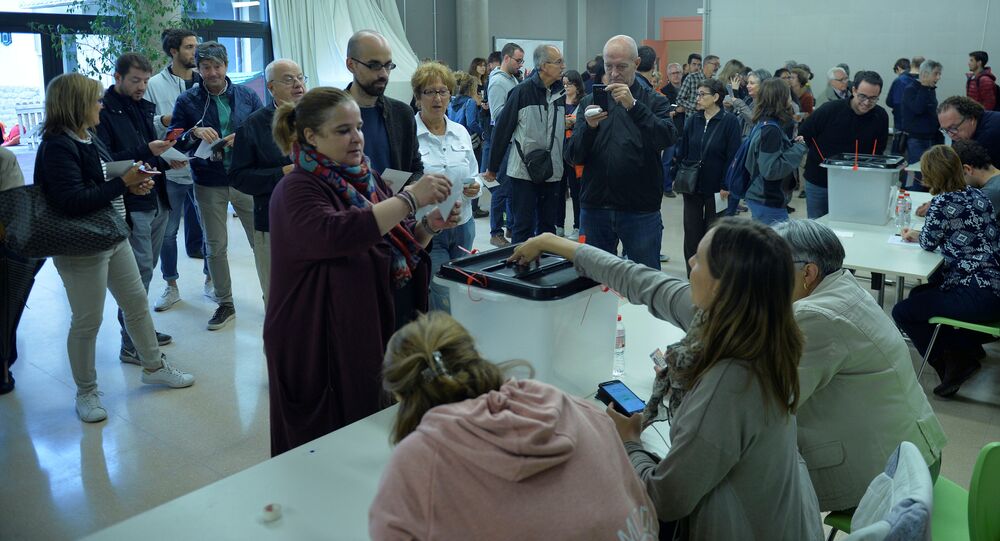 Catalonia Referendum: Catalans Head to the Polls for Independence Vote

Catalan residents have started casting ballots under the referendum on the region's independence from Spain with polling stations having opened at 9:00 a.m. local time (07:00 GMT), a Sputnik correspondent reported on Sunday.

​Thousands of local residents are standing in lines by the polling stations from about 5:00 a. m. (03:00 GMT) under the pouring rain waiting for the start of the referendum.

As early as Friday night, some activists and local families came with children to polling stations at schools to prevent police from shutting them down before the referendum. However, according to the Spanish police, on Saturday over 1,300 schools out of 2,315 were sealed.

The Catalan authorities are holding the independence vote this Sunday. The Spanish government called the referendum bill adopted by the Catalan parliament on September 6 illegal and challenged the legislation in the Constitutional Court, which resulted in the law's suspension making all the preparations for the referendum illegal.

Catalonian Referendum: 'Losing Barcelona Could Be a Big Problem for Spain'