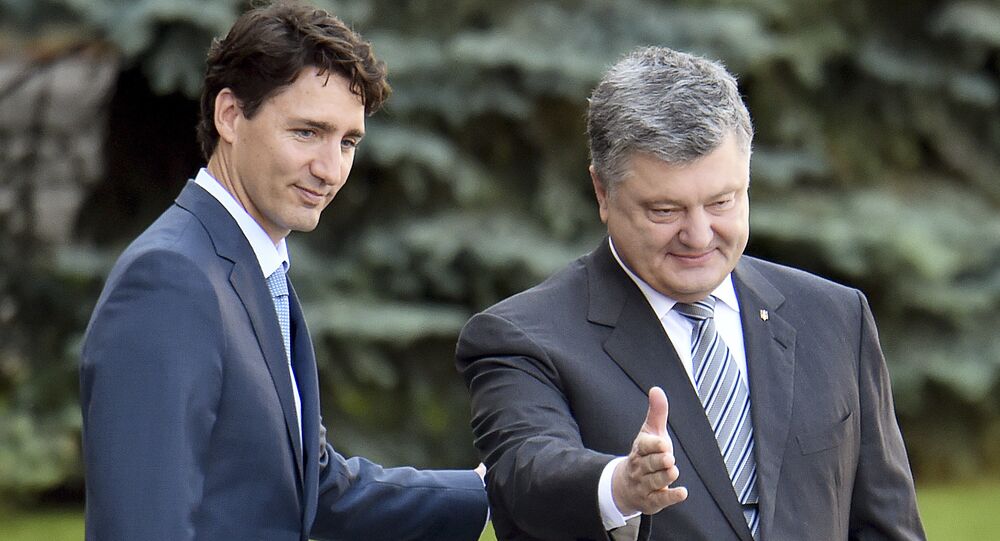 The Globe and Mail newspaper reported that the Canadian prime minister was seeking to provide Ukraine with lethal weapons.

MOSCOW (Sputnik) — Canadian Prime Minister Justin Trudeau said Friday he was moving forward on adding Ukraine to the list of countries allowed to receive supplies of lethal weapons, according to local reports.

The Ukrainian government has been looking to NATO countries for both lethal and non-lethal aid since it engaged in 2014 in a fight with rebels in the southeast, who seek independence from Kiev.

Asked if Ukraine would be added to Canada’s Automatic Firearms Country Control List, Trudeau said, "Absolutely… There's a process and a series of criteria that have to be reached but it is something we're working on," according to the Globe and Mail newspaper.

Russian officials have warned time and again that sending arms to Ukraine would only escalate the conflict in Donbas. Kremlin spokesman Dmitry Peskov said last month that all the states, especially those engaged in settling the Ukrainian conflicts, should avoid actions leading to further escalation of tensions. This standpoint has been backed by several European officials.