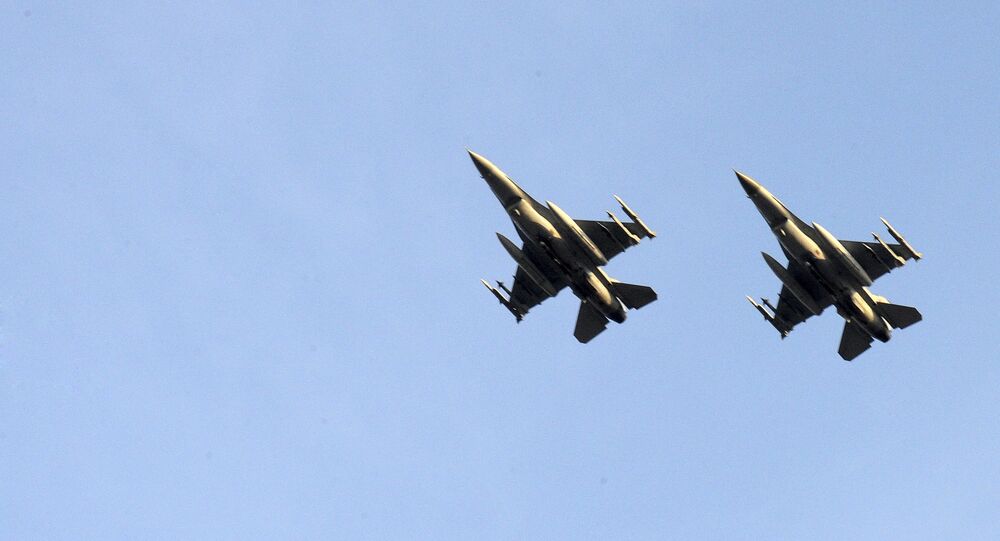 NATO fighters have again intercepted Russian warplanes in international airspace. The number of air incidents involving Russian and NATO planes has increased in the past years as a result of growing presence of the US-led alliance forces near Russia’s western border since 2014.

"On the afternoon of September 5, 2017, a NATO radar picked up two Russian Federation Air Force fighter jets leaving Kaliningrad airspace heading north in international airspace," the NATO release said. "The military aircraft did not communicate their identity and were not in contact with civilian Air Traffic Control agencies."

© Sputnik / Pavel Lisitsyn
Russia's Jets Conduct 8 Intercepts of Foreign Reconnaissance Aircraft Near Its Border
It was the Belgian jets' first intercept after taking over the augmenting role for NATO's Baltic Air Policing mission.

Meanwhile, the Russian Defense Ministry said on September 1 that Russian jets had conducted 8 sorties to intercept targets near the country's borders in the Baltic region in the framework of the Open Skies Treaty.

© Photo : U.S. European Command
What's Behind 'Unprecedented' Number of NATO Reconnaissance Flights Intercepted Near Russian Border
The Russian Defense Ministry has repeatedly stated that the flights by Russia's Aerospace Forces in the Baltic region and elsewhere are carried out in strict accordance with international regulations on the use of airspace over neutral waters after several states claimed that Russian aircraft had allegedly violated their aerial borders.

Since the beginning of May, the mission in Lithuania was carried out by four Polish Air Force F-16 Fighting Falcon jets, while since September 1 the mission is being conducted by seven US F-15C Eagle fighters.

Since 2014 the number of air incidents involving Russian and NATO planes has increased as a result of the growing presence of the US-led alliance's forces near Russia's western border following the eruption of the Ukrainian crisis. Moscow has said Russia had never planned and does not plan to attack any NATO member.

Most NATO, Russia Interceptions in Baltics Carried Out Professionally - NATO