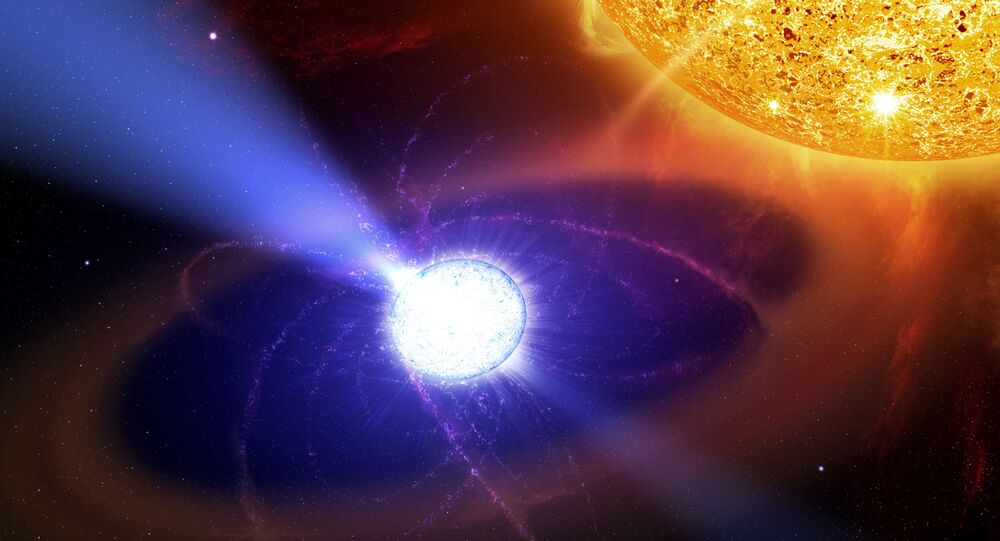 An international team of scientists at the Astronomical Institute of the Czech Academy of Sciences has identified a white dwarf star, that survived the explosion of a supernova, the Science journal wrote.

The LP 40-365 white dwarf racing through our galaxy at a staggering 550 kilometers (340 miles) a second is moving fast enough to  break free from the gravitational attraction of our galaxy and move out.

The white dwarf’s high speed and trajectory indicate that it was set in motion by a Type —Ia supernova. What makes its discovery so important is that the brightness of standard Ia supernovae is used to calculate astronomical distances.

When this mass becomes critical [over one-fourth of the mass of the Sun] it becomes a supernova and blows up. By comparing its absolute and visible brightness astronomers are able to calculate the distance to a galaxy.

When they blow up, Type Ia supernovae leave nothing behind. Recent studies suggest, however, that Type Iax supernovae may explode with lesser force thus enabling the white dwarf to survive.

© Photo : YouTube/European Southern Observatory (ESO)
After Half a Century of Searching, First Ever White Dwarf Pulsar Confirmed
According to the authors of the report, the white dwarf’s velocity exceeds the Second Cosmic Speed, which is enough to overcome the gravitational attraction of the Milky Way galaxy.

They also believe that the explosion itself occurred about 50 million years ago.

Given that weaker Type Iax supernovae tend to blow up with not only white dwarfs, but also their “donor” stars may survive the explosion.