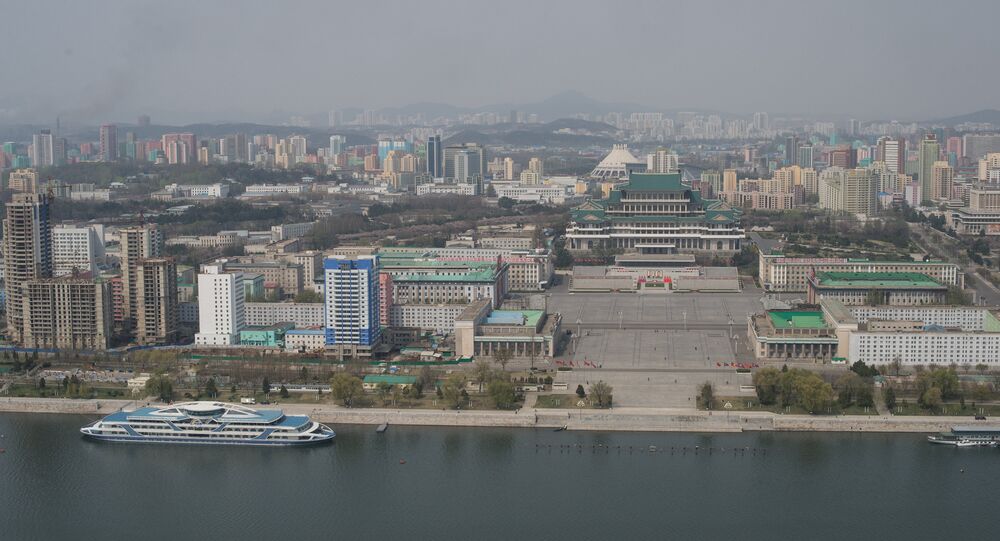 Two North Korean nationals who were convicted of espionage in Ukraine in 2012 are very unlikely to have passed any classified information to Pyongyang, Acting Chairman of the State Space Agency of Ukraine Yuriy Radchenko said Tuesday.

KIEV (Sputnik) — Two North Koreans, sentenced to eight years in prison, were arrested as they were taking photos of documents, which, according to experts, provided information on new types of engines, spacecraft and fuel delivery systems.

"I think there are no concerns over this [potential leak of confidential information], because even the information that they might theoretically have gotten was under tight control of our security forces. I do not think there is a risk of leaks of any information that is important to our country," Radchenko told reporters.

The controversy was triggered by a Monday story by the New York Times reading that Nort Korea may have used a modified RD-250 high-performance liquid-propellant engine (LPE) in its tests.

Ukrainian Prime Minister Volodymyr Groysman and National Security and Defense Council Secretary Oleksandr Turchynov have said that Ukraine did not transfer any military technology or related information to North Korea. Yuzhnoye design bureau and Yuzhmash manufacturer also denied any such involvement. Yuzhnoye head designer Alexander Degtyarev said that the company's designs might have been illegally copied.

The IISS said its study did not claim that Yuzhnoe leadership or the Ukrainian government were directly involved in any such acquisition. It suggested, however, that some company workers, struggling with economic hardship, could be "susceptible to exploitation by unscrupulous traders, arms dealers and transnational criminals operating in Russia, Ukraine and elsewhere."

© CC0
Pentagon Declines to Comment on Reports of Ukraine Selling Arms to N Korea
According to Ukrainian outlet STRANA.ua, one of the North Korean citizens convicted in 2012 might be released from prison early. The court agreed to count one day of custody as two days of prison, which would revise his sentence down from eight years to seven years and one month. The North Korean would then be free in September 2018.

In 2015, the Ukrainian parliament adopted a law that allowed to count one day of preliminary arrest as two due to the differences in detention conditions. The law was repealed earlier this year.

The interest in Pyongyang's missiles was stimulated by the recently increased tensions following the adoption of new UN Security Council sanctions against North Korea. Pyongyang and Washington exchanged warnings, with North Korea saying it might consider an attack on the area near the US territory of Guam in the Western Pacific.

Ukraine's Construction of 'Wall' on Border With Russia Still Underway